11 year old cancer survivor Gideon Robinson was able to light up the LEGO Christmas tree at LEGOLand California resort to start off the holidays. See below the full press release.

CARLSBAD, Calif. (Dec. 4, 2020) – Snow filled the air and twinkling lights illuminated the sky as 11-year-old cancer survivor, Gideon Robinson, pulled the switch last night in a private ceremony to light the famous LEGO® Christmas tree at LEGOLAND® California Resort officially kicking off the holidays. While the Park is not open, the Resort was excited to have Gideon help carry on its annual tree lighting tradition and celebrate his victory over acute Lymphoblastic Leukemia.

Robinson and his family, who reside in Lake Elsinore, CA, enjoyed the holiday decorations and the falling snow as they headed to LEGOLAND California’s famous 30-foot tall LEGO Christmas tree in Fun Town. Prior to pulling the switch that turned on more than 11,000 twinkling LED lights, Robinson was presented a LEGO® star ornament as an invitation to return when the largest expansion in LEGOLAND California history opens in 2021: The LEGO® Movie™ World. In honor of the star character from the hit sequel “The LEGO® Movie 2™”, the LEGO star ornaments are the newest additions to the enormous tree which features more than 400 LEGO decorations and is created from 245,000 green DUPLO® bricks. The fun didn’t stop there as Robinson was treated to an overnight stay at the LEGOLAND® Castle Hotel.

“During these unprecedented times when so many are faced with challenges, it’s positive stories such as Gideon’s that provide inspiration to all of us,” said LEGOLAND California Resort President Kurt Stocks. “It’s an absolute pleasure and honor to have Gideon and his family officially light the LEGO Christmas tree this year and help LEGOLAND California bring some holiday hope to families this winter.”

A two-time cancer survivor, Robinson was first diagnosed a week after his fifth birthday and again in 2019 after short remission before receiving great news recently that he had defeated leukemia. Through the support of Ronald McDonald House Charities of San Diego, Robinson and his family were able to stay together during his treatments and journey in defeating the disease. For 40 years, Ronald McDonald House Charities of San Diego has provided a “home-away-from-home,” which keeps families close to one another and the care they need when their child is being treated for serious, often life-threatening conditions at local hospitals. LEGOLAND California Resort and Ronald McDonald House Charities have a long-standing relationship working together to make a positive impact on the lives of children and their families. 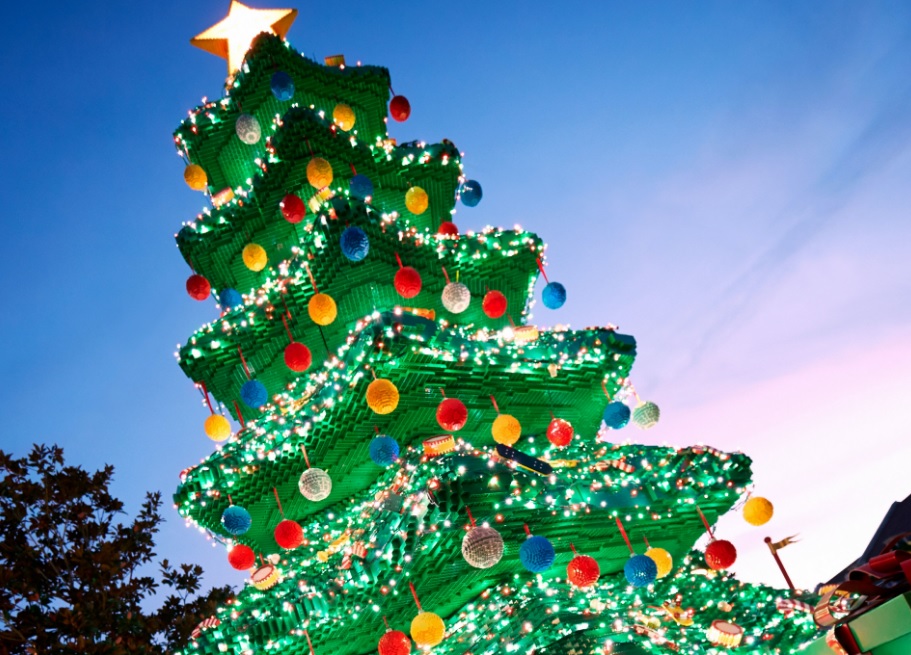