There are 3 LEGO VIP Comic Books that you choose from and they are Spider-Man, Star Wars or Batman. The comic book languages are available in English, French, Canadian French, German and Spanish. 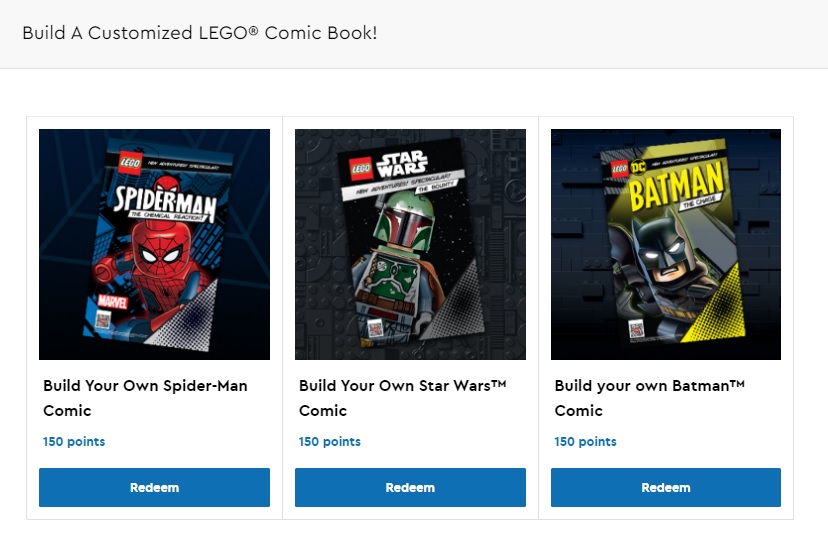 Log in to your account and head to the LEGO VIP rewards section under “Rewards” and “Build a Customized LEGO Comic Book”. The licensed LEGO VIP Comic Books cost 150 LEGO VIP reward points. After redeeming it, you’ll get a code that you can enter at legovipcomic.com. You can then proceed to create your comic there.

LEGO VIP rewards program is free to join. You get back 5% back in LEGO reward dollars for purchases made at LEGO Shop at Home (USA | Canada | UK | Australia) and physical brick and mortar LEGO brand retail stores.

Shown below is the LEGO Comic Creator Book VIP Rewards website landing page that you use to create your LEGO VIP Rewards Comic Book. 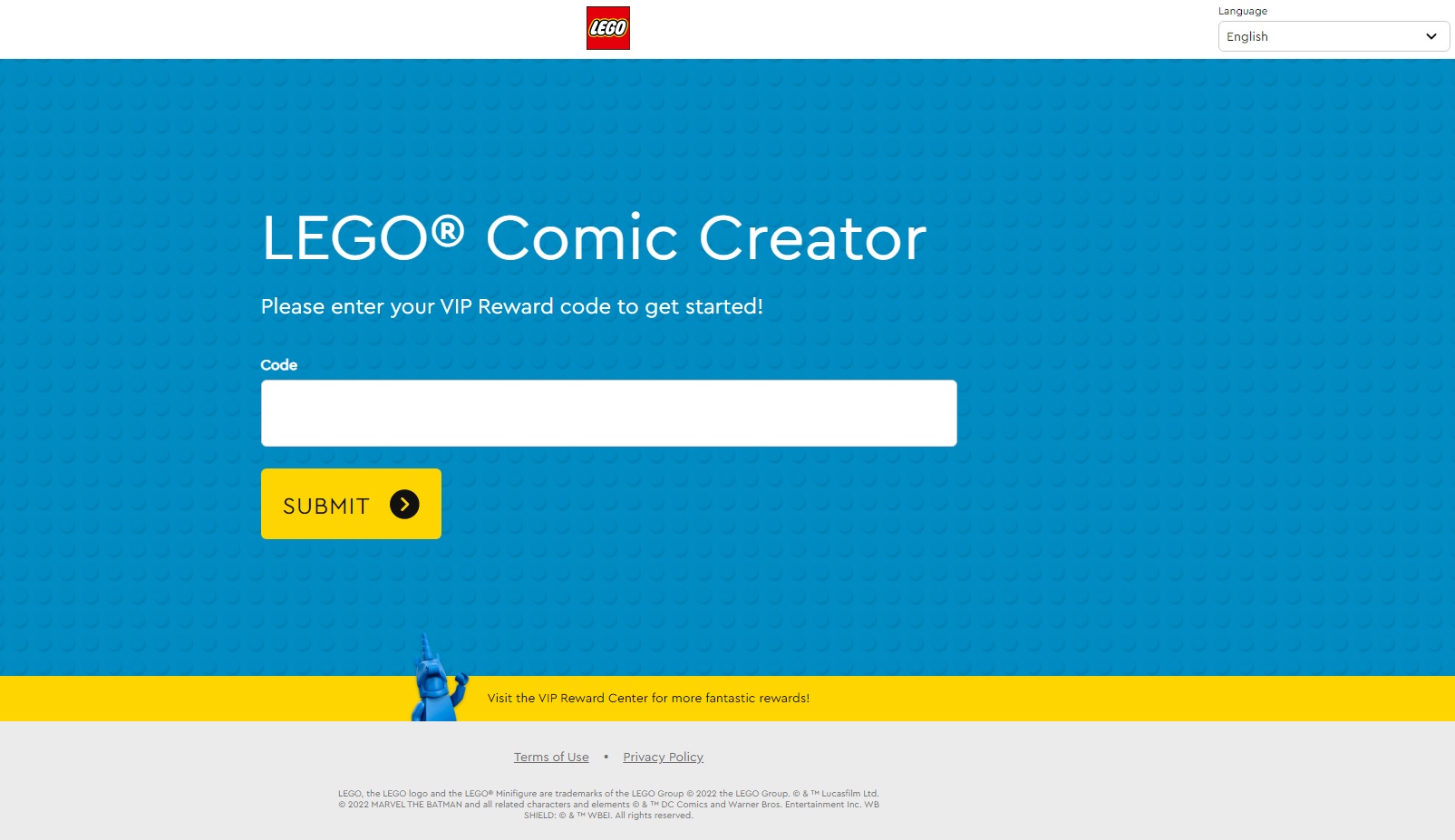 Below are the storylines for the three LEGO VIP Comic Books: Spider-Man, Star Wars or Batman.

Oh no! Vulture has stolen the Polymer and we need to get it back, but he’s enlisted the help of Venom and Sandman. We don’t stand a chance!
Spider-Man needs your help to defeat the Sinister 3 and reclaim the Polymer.

Batman™ and Robin are in the Batcave when, all of a sudden, on the scanner — “ATTENTION ALL UNITS…CHASE IN PROGRESS… CHOPPER HEADED NORTH ON CARDINAL…”
Batman™ and Robin need your help to defeat The Riddler™ and The Joker™.
Create your own minifigure, select your superpower and side-kick and help save Gotham City!