There were two new DC Superheroes sets on display, but I only managed to get images of the larger of the two, 76035 “Jokerland”, which looks adequately hilarious! It’s basically a Joker-themed amusement park complete with murderous rides. Featuring eight minifigures, including Starfire and Beast Boy as well as Batman and Robin against the combined forces of The Joker, Harley Quinn, Poison Ivy and The Penguin complete with thematic deathtraps for each villain, this is sure to be a huge hit with DC fans. 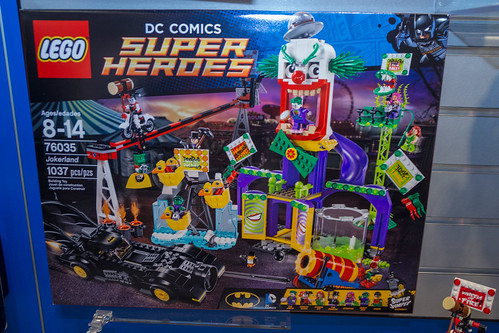 Take a look through the pictures in the forum – what do you think?