4204 the train tunnel set looks interesting, but the rest look rather basic.
give a man a fish you feed him for a day, teach a man to fish and you lose a great business opportunity
Top

That is a gold mine.

I like the mining sub-theme of it.
Would fit well as a top layer of a Power Miners display.

I have inoperable cancer and am unable to work. Any gifts would be appreciated. Thank you!
Top

i love that the minifig about to be put on the stretcher outside the hospital appears to have slipped on a banana. nice joke, lego.
Top

I really like that Hospital. It is interesting that the police stations LEGO makes are much bigger than the hospital, which is pretty much never the case in real life. However, despite its small size, this looks like the nicest hospital exterior that LEGO had produced thus far.

The mining subtheme is interesting. I will buy a few of the small pick-up truck sets, but the other sets will depend mostly on the pieces. I'm thinking LEGO should change the name of the theme to LEGO Country instead of LEGO City... first we get the forest police and firefighters, now a mining subtheme? At least it isn't another police or fire subtheme, but our LEGO City is more urban, and this just won't fit.

Are these sets the final sets for this year?
Top

The first non-water marked LEGO City Mining Sets for Summer 2012 have arrived! We're still missing official pictures for 4201 Loader and Tipper and 4200 Mining 4x4, but for now, we can enjoy these three pictures first. (via Brickset)

I'm not a big CITY fan, but that dump truck is freaking sweet.
Top

I'm glad to see that they're making the truck beds buildable rather than using giant "single use" parts.
Top

Brickbuilder0937 wrote:I'm glad to see that they're making the truck beds buildable rather than using giant "single use" parts. 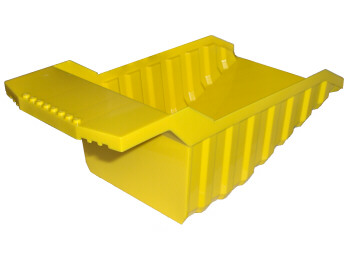 That piece is crazy.

Curious what "summer" means -- when do these start appearing in stores and online? I'm a noob.
Top

Lforcey wrote:Curious what "summer" means -- when do these start appearing in stores and online? I'm a noob.

The German online retailer Wog.ch has revealed 3 more official picture for the upcoming LEGO City 2012 Summer sets. This includes the new 2012 Hospital set that everyone anticipated. They also have 2 more mining sets as well! Thanks to Ryan for the heads up.

Finally a hospital, a few more unisex themes are welcome for my daughter, but the hospital seems more like a clinic, its small, it doesn't seem to have enough room to have a surgery (with the doctors from the minifig collections). Guess I will be adding an extension!
Top
Post Reply
36 posts

Users browsing this forum: No registered users and 34 guests