Matthew Nolan, the original LEGO Ideas project creator of LEGO Ideas NASA Apollo Saturn V 21309 which became an official LEGO Ideas set has contacted us to let us know of his latest project. You can support it and find out more on LEGO Ideas.

Our modern space race has a dark horse, the sleek white New Glenn rocket from Blue Origin. Designed to carry people and payloads to Earth orbit, the Moon and beyond, its first launch is expected in 2021.

Like its pioneering astronaut namesake John Glenn, this two-stage vehicle is breaking new ground as we prepare to return to the Moon.

The lunar lander Blue Moon is included as payload, with its four mini rovers. Also included are a large rover, and satellite for deployment en route to the moon. 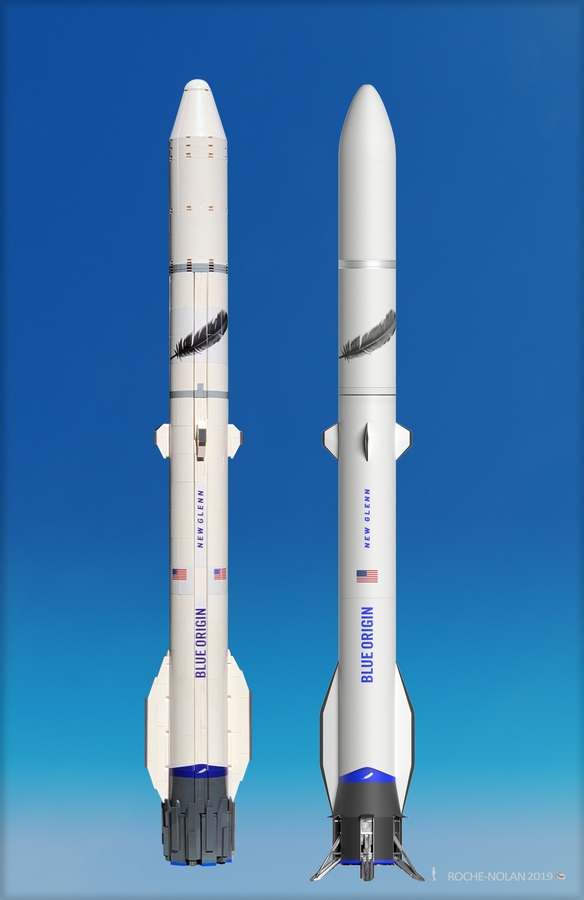