Four LEGO Ideas Project Creations this week are approaching 10 000 supporters (between 9000-9999 supporters). There’s a new one this week and that is Futurama Planet Express Headquarter, Spaceship and the Crew by ThomasW.

The one that is closest to 10 000 supporters is Queen – The Miracle Express by Artistic Shadow. It currently has 9866 supporters. 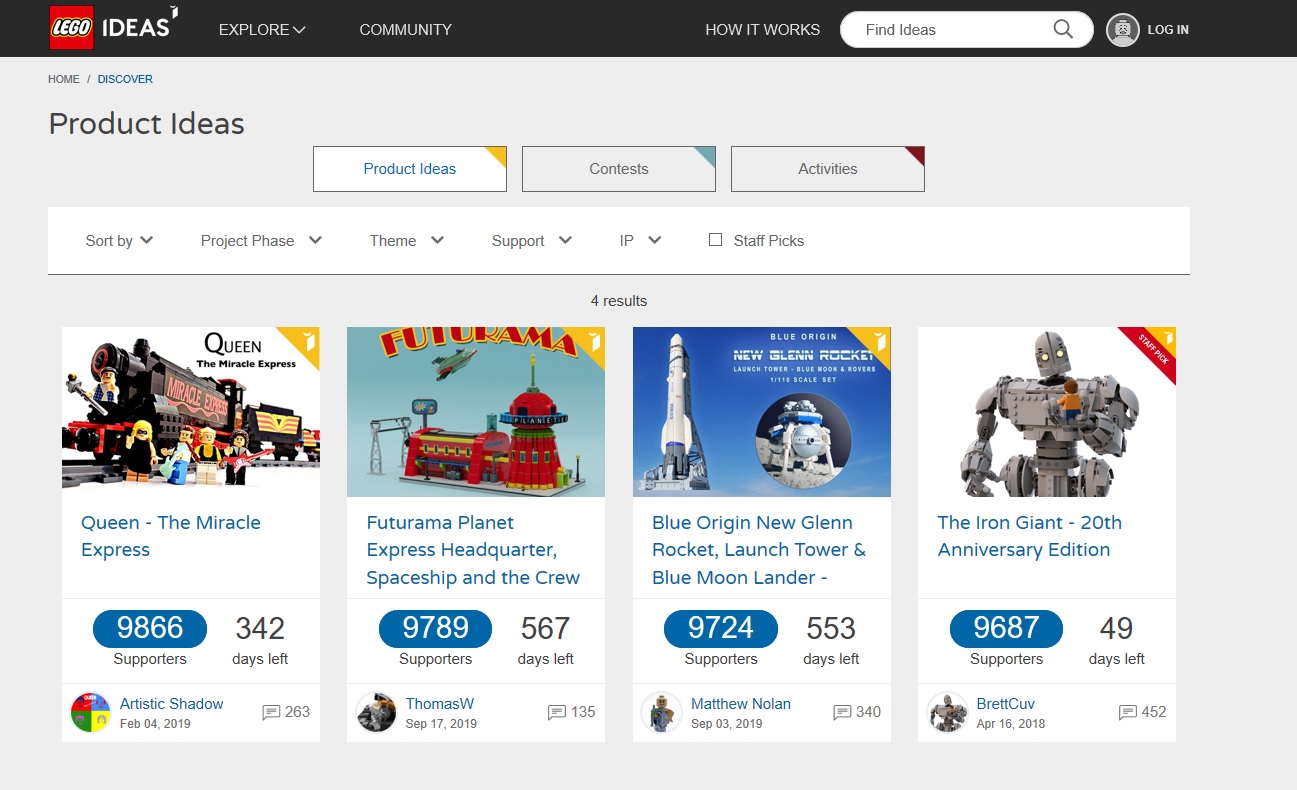