Step into the world of Pandora.

Explore its lush rainforest landscape filled with magnificent flora and fauna. Race your banshee across the Hallelujah Mountains while battling human invaders that seek to plunder the moon’s unobtanium deposits. Defend yourself against ferocious six-limbed predators and commune with Eywa beneath the Tree of Souls.

And when the lights go out… watch the model’s bioluminescent inhabitants glow in the dark!

From Na’vi artifacts to floating mountains, this LEGO Ideas set based on James Cameron’s Avatar is filled with colorful surprises and memorable scenes from the film.

When Avatar first captivated the world with its breathtaking visuals, it also brought to life an epic adventure about man and nature — set in a world light years away from Earth. This LEGO set draws inspiration from Cameron’s unbridled imagination, which conceived not only the nature-loving humanoid species called the Na’vi but also the vast neural network that spans across the entire moon’s ecosystem. Similar to life on Earth, all life on Pandora is connected — from the great leonopteryx to the humble woodsprite.

Earning over $2.7 billion at the box-office, the movie Avatar has become one of highest-grossing films of all time and has spawned video games, books, collectibles, traveling exhibits, a themed land at Walt DisneyWorld, a Cirque du Soleil theater production, and several upcoming sequel films. 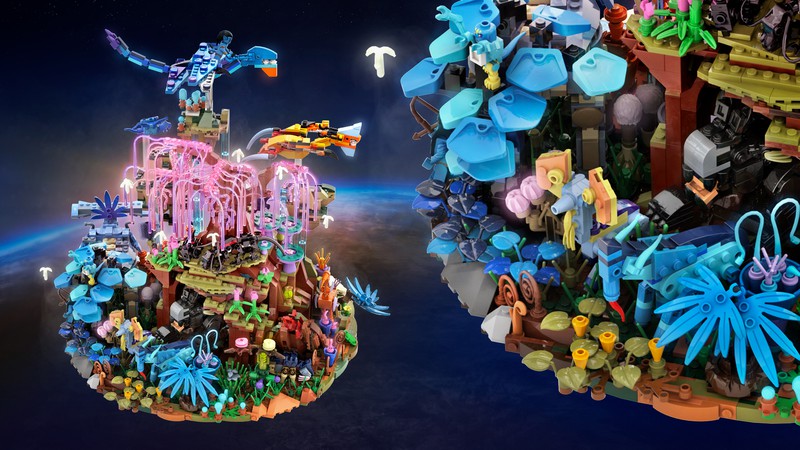