Avatar: The Last Airbender is my favorite animated tv show of all time! With the recent resurgence of pop cultural relevance thanks to Netflix, old and new fans are falling in love with the show’s amazing characters and world of bending all over again. It really goes beyond saying there is no better time for the return of Avatar in Lego.

With this set you can saddle up with Team Avatar on the back of Appa, the flying bison, and embark on the epic journey to master all four elements, confront the fire nation, and save the world.
I made this set with Lego fans of all ages in mind, providing a lot of uses for play and display. Not only can you show Appa off on his stand, but with a spin of the lever at the base you can capture the iconic imagery of Team Avatar soaring through the skies! Using an internal gear mechanism, Appa’s tail will naturally wave up and down as you spin, making it appear like he’s gliding through the clouds. You still have the option to take the big fuzzball off the stand and utilize his wide range of pose-ability and expressiveness for normal play. You’ll have fun recreating memorable scenes and battles from the show, as well as creating some of your own with the additional mini-figures and features.
The characters included are:
Other features include: 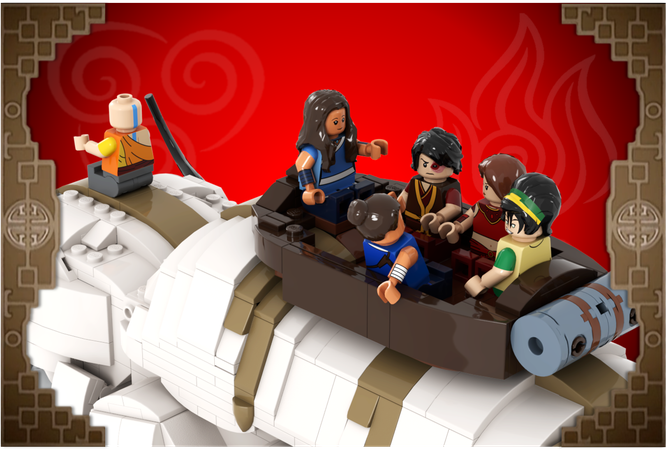