I would like to present my the second LEGO Ideas project BMW M1. It’s a sports car produced by German automotive manufacturer BMW from 1978 to 1981 and the first mid-engine BMW automobile to be mass-produced, the second is the i8 hybrid sports car.
In my project I decided to design two versions: sport car which was sold to the public and racing car. Informations about model: 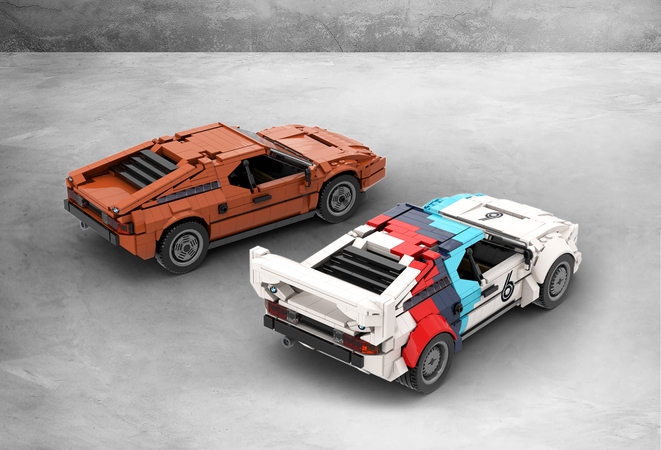