The latest LEGO Ideas Project Creation to achieve 10 000 supporters is LEGO Brickwest Studios by Bricky_Brick. Congrats! Your project would now be headed to the LEGO Reviews stage where it would be evaluated to potentially become the next official LEGO Ideas product. 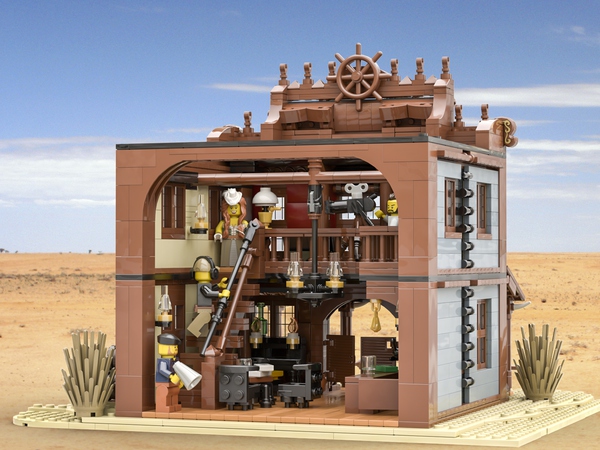 Get your best disposition to shoot your film in a set that suggests some new prints and some color change in pieces such as the lamps or the doors of the van in addition to the minifigures.

10 minifigures are suggested for the set, such as sheriff, director, bandit, makeup artist or the woman innkeeper, also includes 2 horses, a hen, a scorpion, a snake, a pig and a frog.

Moments to recreate an create stories from the past to the present, stories from the Wild Wild West. I hope you like it a lot and if so, do not hesitate to support it. Thank you very much everybody.