The story
A long time ago the Black Knights ruled the Legoland. With the fall of Legoland and the arrival of the Royal Knights, their power went into decline and they were forced into exile. The succession of short-lived kingdoms followed, but none of them managed to bring peace to poor villagers. The robbers became prevalent and the invasion of Orcs and mythical creatures turned the country to ruins.
After many years the scattered chevaliers were finally gathered together by Lord Afol to challenge the usurpers. Support them in their quest to reestablish the Legoland and their old glory!
The fortress
Build the mighty fortress to provide the Black Knighs with a safe base from which they can reconquest their country. It will have a tall gate tower with a drawbridge and a portcullis. It will have a bergfried and a dungeon complete with a torture seat; a trapdoor to conveniently put someone in the dungeon; another to expel the unwanted guests; a stable for Lord Afol’s precious destrier and an armory; living quarters, a latrine, a well, a kitchen, even a cold store with supplies for the time of a siege. Make it real!
The build
The castle is modular – each corner sits on its own base and floors can be separated for easy access. The castle is big enough to be greatly playable – it would fit exactly a 48 x 48 baseplate (which is not included for the sake of modularity). The build uses Pythagorean triangles to connect walls at an angle, while still keeping the build totally legit, solid and sturdy and with zero gaps. While keeping the piece count is within the limit of 3000, there is still a lot of detail, both for looks and playability.
The challenge
Let’s bring back the greatness of the Lego Castle! 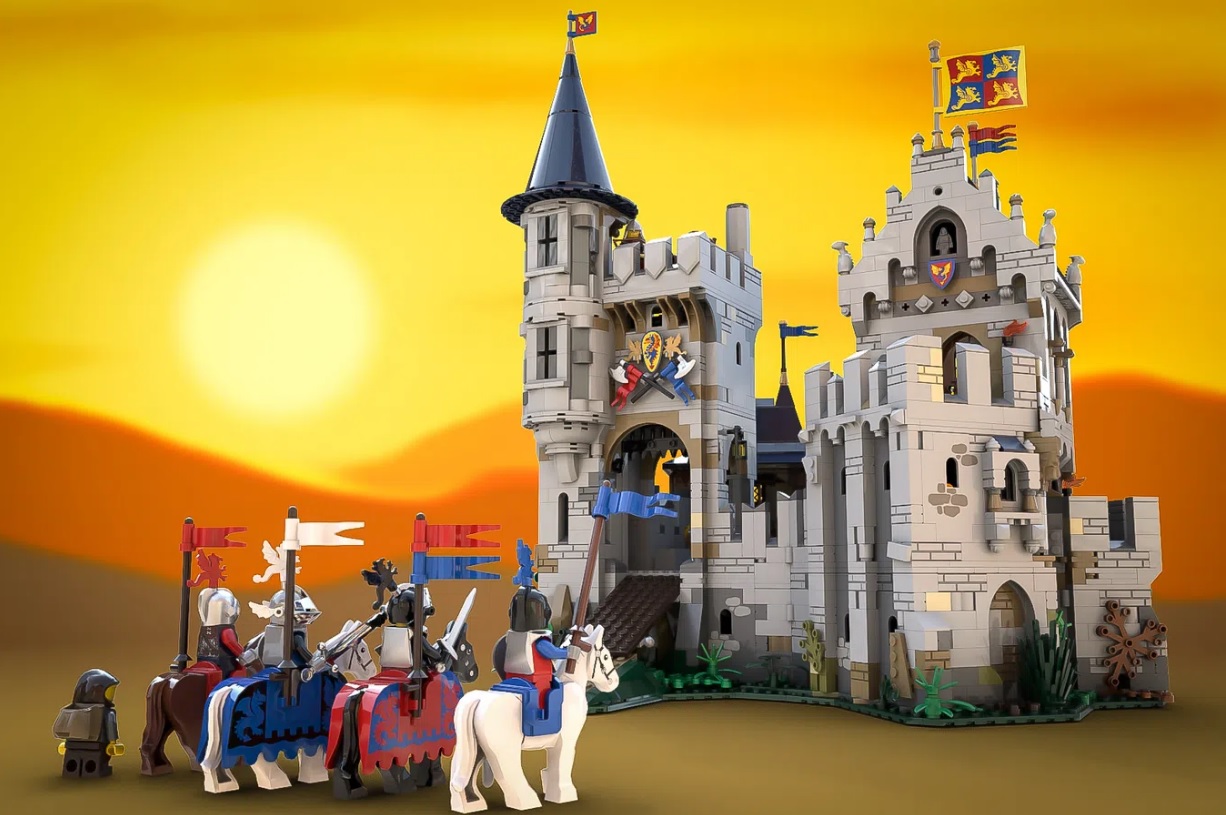 If this is accepted and eventually released, it’ll be interesting to see if the Lego team decides to scale it down further, or keep it as is. Right now it’s very much a perfect update to the classic Castle sets, without going overboard with greebling and decorations.