I’d like to propose a project that I submitted to this year’s Marchitecture contest. The microscale project is a rendition of the Colosseum, the famouslandmark of Rome and symbol of Italy’s Roman heritage, captured both through its historical and architectural perspectives. In my opinion, the amphitheatre deserves to be Rome’s next installation in the Lego Architecture series, following the Trevi Fountain (21020) published in 2014, because as one of the most iconic buildings of the classical age it still continues to characterize the capital’s modern-day cityscape.

The proposed model has a footprint of 36×28 studs and overall consists of 2149 parts. The images show that the model has a distinct colour scheme and design that follows the style of the archtitecture series. Yet, my own background in classical studies has propelled me to stay as true as possible to the building’s contemporary look: I achieved this by first drafting a CAD-version of the Colosseum as it may have looked like after its completion nearly two thousand years ago (see the rendered pictures highlighted in bright red), and then extracting bricks that have gone missing since then to produce my actual built model (photographs of the model highlighted in dark red).

Encouraged by all the positive feedback I’ve received after winning the contest, I feel that the model does deserve to be considered for large-scale production and distribution by LEGO. If you find my project worthy of such attention, please share and support! 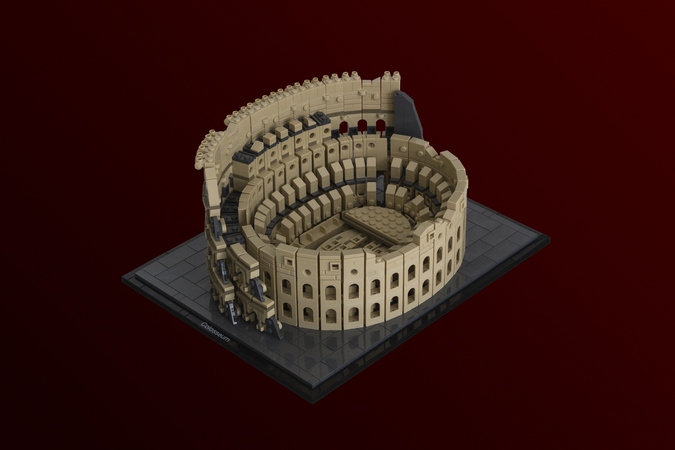