I made this display piece showing the battle of Chell and the spherical robot Wheatley against the giant and evil artificial intelligence GLaDOS (and this was not even the end of the story!). I built a small vignette of the cake from the end of Portal 1 too behind one of the walls.

GLaDOS is very poseable and she has lot of moving parts, including the walls behind. In the game, GLaDOS “is” the entire Aperture laboratory, so I wanted to consider they part of GLaDOS, like if the two walls behind were her “hands/arms”.

This game has been very important to me, it always inspires me a lot and I like to replay them almost every year. Portal has one of the best character designs (well, one of the best designs in general) in videogames, and I think having a set to represent this would be really cool, specially GLaDOS. 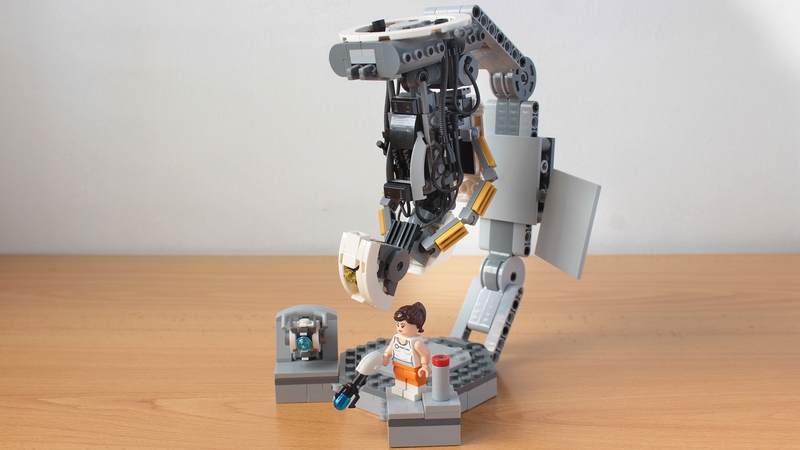