The latest LEGO Ideas Project Creation to achieve 10 000 supporters is LEGO Ideas Roman Warship by Iyan Ha. Congrats! Your project would now be headed to the LEGO Ideas review stage where it would be evaluated to potentially become the next official LEGO Ideas set.

This project used only Lego genuine brick and parts.
Some parts used printing or stickers for details. The rope changed its color by dyeing.
All of the minifigures used the original minifigure series Lego. (Soldiers – season 2 / Emperor – season 9)
The sails were made by hand.
I thought soldier’s helmets and armor should be golden to match the concept of this warship.
I had to follow the rule of using parts from Lego genuine minifigures.
Lego Genuine Roman soldier do not have gold helmet and armor.
So I just used a Lego genuine minifigures with a golden helmet and armor.
I thought the overall concept, the overall hamony, was more important.
This is Roman Worship anyway.
The golden helmets and armor goes well with the ship.
It looks more luxurious in this set.
This ship was used by the ancient Romans.
I made it after studying and learning about a ship that existed in real life through various media, internet, miniature model, or data.
It was a beautiful and powerful ship that existed in ancient times.
You’ll be able to see this ship that doesn’t exist now in this work.
Meet the Roman ships that once ruled the sea with Lego.
The exterior of this warship is antique and classic.
Various colors were used, and curved shapes were used a lot.
I made a base stand to maximize completeness and displayability.
It is beautifully designed for the work.
The base stand, partly used in gold, and two tigers, symbolizing strength, make the work look more luxurious.
This project is a historical set.
Each part well designed and truly showing historical aspects of ship building art.
This would be a kind of learning thing of our ancestors.
It can also be good toy and learning material for children.
And it will be a great display for adults. 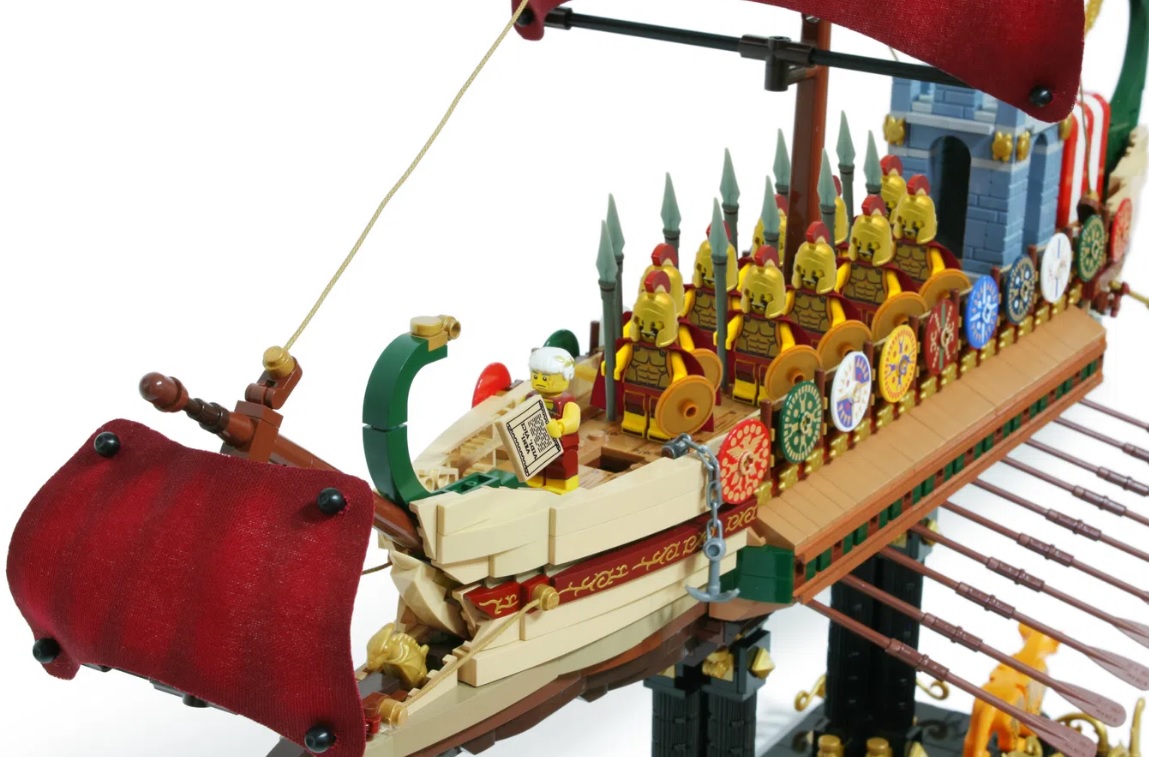 So this would come with twenty slave minifigs below deck?