Welcome to this small portion of one of the most particular cities in Europe, Venice
119 islands make up this extraordinary city. Its foundation dates from the year 421. And, since its origin, it coexists with water.
They were the first inhabitants who to escape the incursions of the barbarians, took refuge in the lagoon, and because of the marshy terrain, they were forced to build stilt houses to live. These stilt houses, little by little, were becoming one of the most beautiful cities in the world.
With this model I want to pay tribute to those great guilds of gondoliers, glassblowers, singers, musicians and cooks from a city with great history, architecture, culture and gastronomy.
+ This model is part of a line of buildings related to European cities such as London, Lisbon or Paris that you can currently find in my profile. 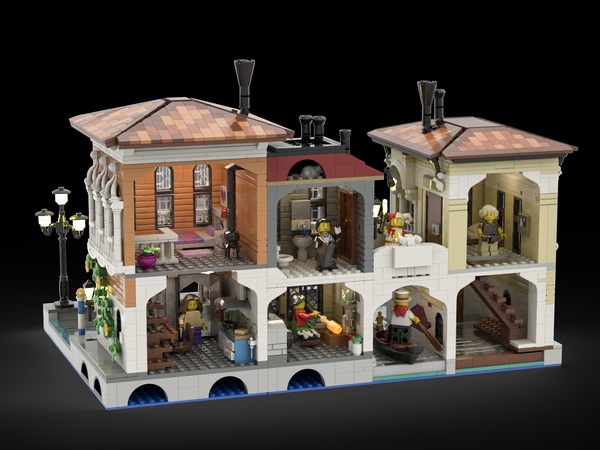