For the week of August 15, 2020, there are 5 LEGO Ideas Project Creations that are between 9000-9999 supporters. Once 10 000 supporters are reached, the project would be headed to the LEGO Ideas Review Stage where it would be evaluated to potentially become the next official LEGO Ideas set. 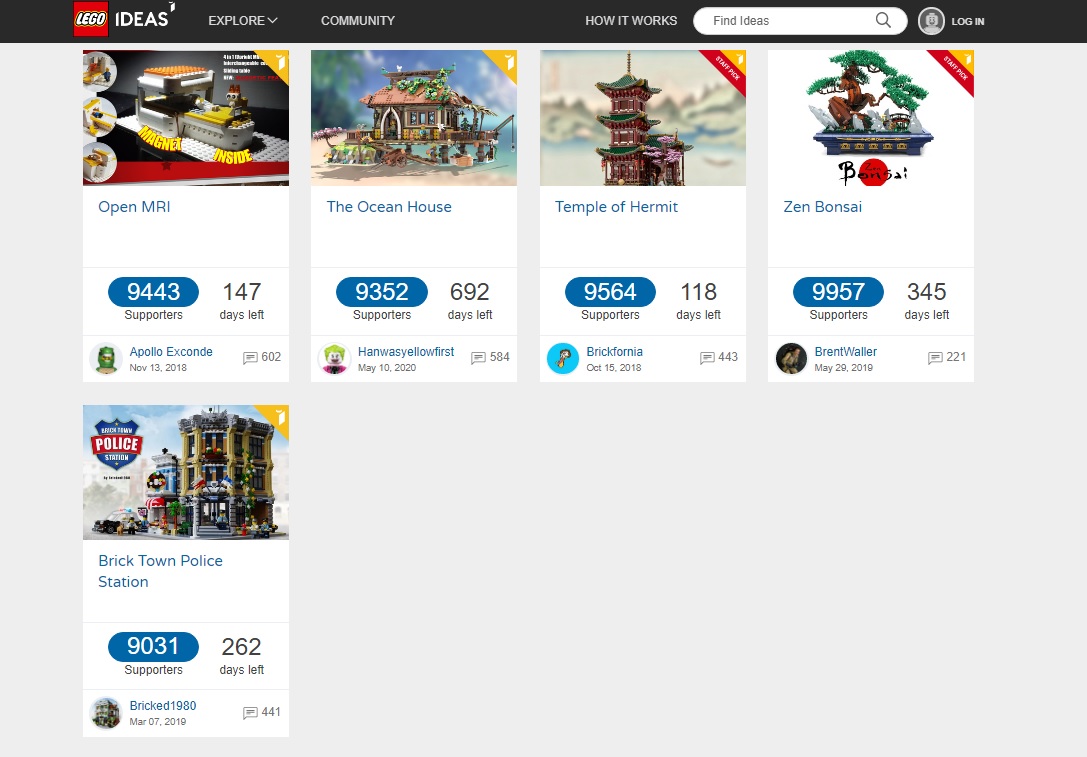