The current closest creation to 10 000 supporters is LEGO Ideas Sheriff’s Safe with Combination Lock by Il Buono. It currently has 9940 supporters and should hit 10 000 sometime later today. 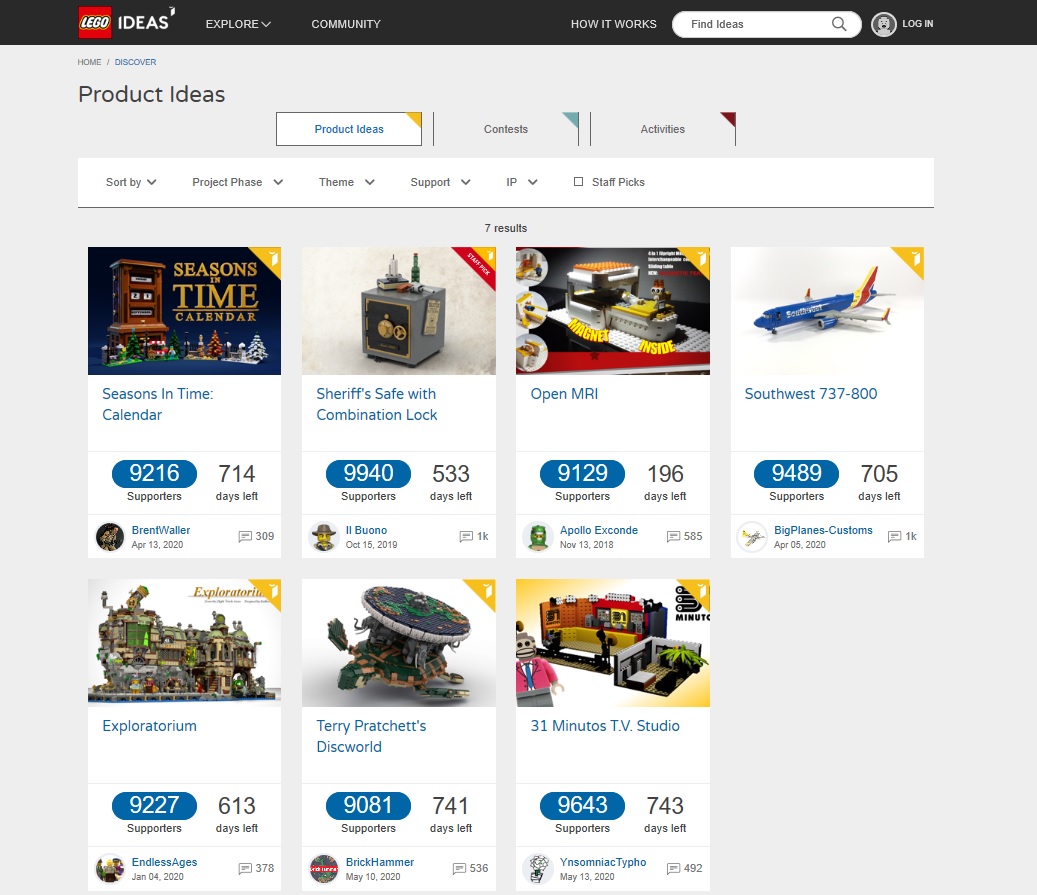