Disney LEGO Ideas Snow White and The Seven Dwarfs creation is based on the 1937 animated Disney Classic. LEGO minifigures include Snow White, Evil Witch and the seven dwarfs. 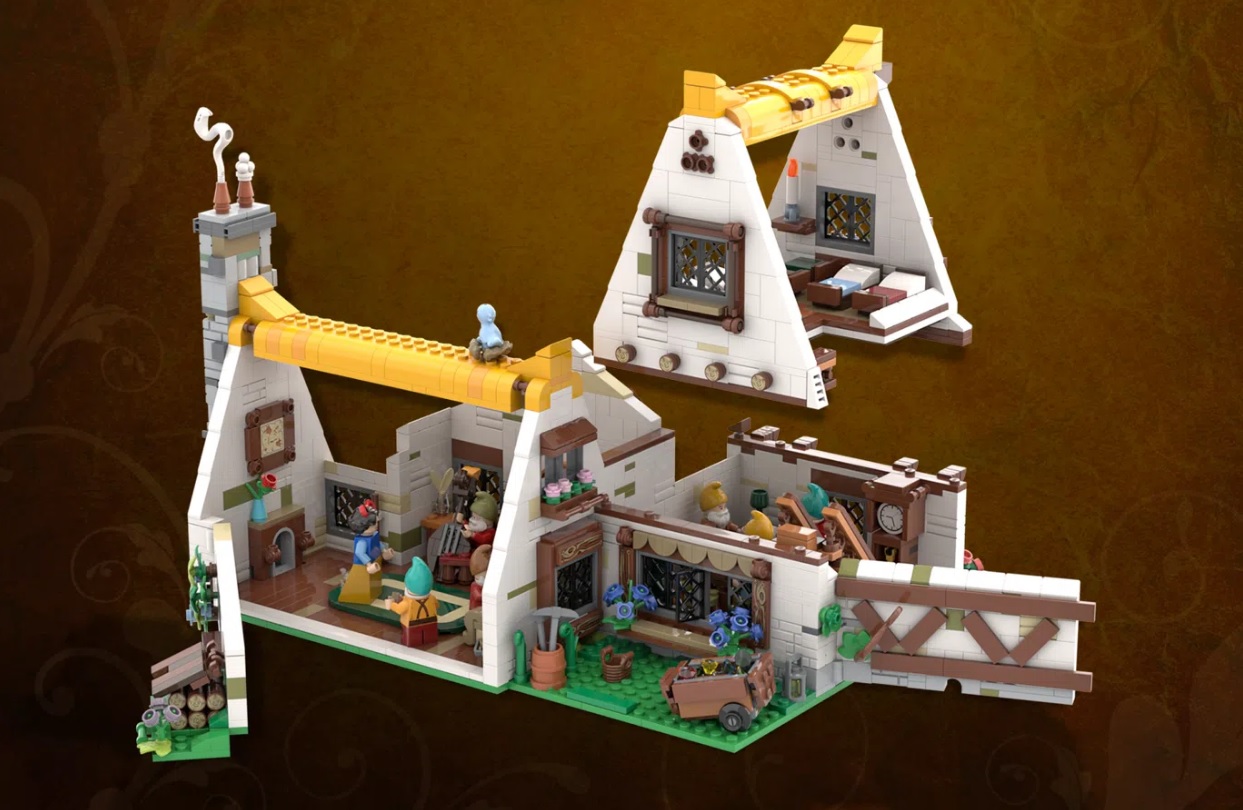