The potential LEGO December 2022 promotion GWP – 40565 Santa’s Workshop Home contains 2 minifigures including LEGO Santa and LEGO Elf. There’s a red facade for part of the workshop home and there are some interior elements. Features include some toys that the elf is working on. 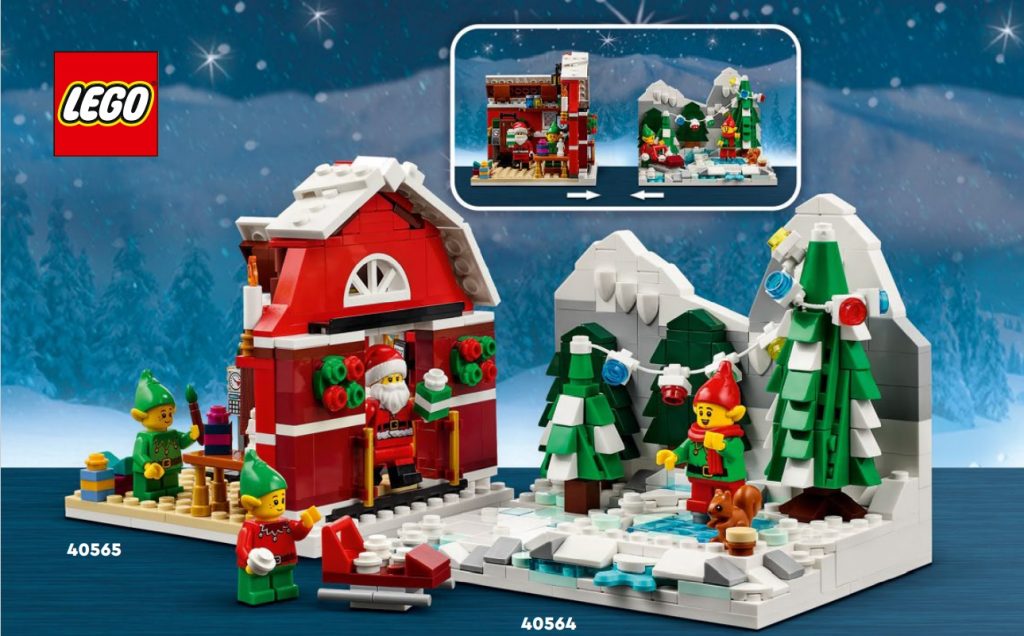