In this article, we’ll look at some of the top 10 biggest, best and most popular LEGO Star Wars sets of all time ever released. Prior to Disney buying the Star Wars franchise in 2012, Lucasfilms owned it. The founder of Star Wars was George Lucas.

Many of these big LEGO Star Wars sets are branded as Ultimate Collector Series (UCS) models. They are targeted primarily for adults and older teenagers as these builds can sometimes take up to a few days to complete. Though, once the sets are built, children should have no problem playing with it. Of course, children who are up for a challenge can try building these massive popular LEGO Star Wars sets as well. These would make great activities for family time!

Some of the recent sets are still available at LEGO Shop at Home (USA | Canada | UK | Australia). Though, quite a few of the older sets are no longer available through the official retail channels where you can get them at retail price. Secondary marketplaces usually have these large and rare LEGO sets priced quite high unfortunately. 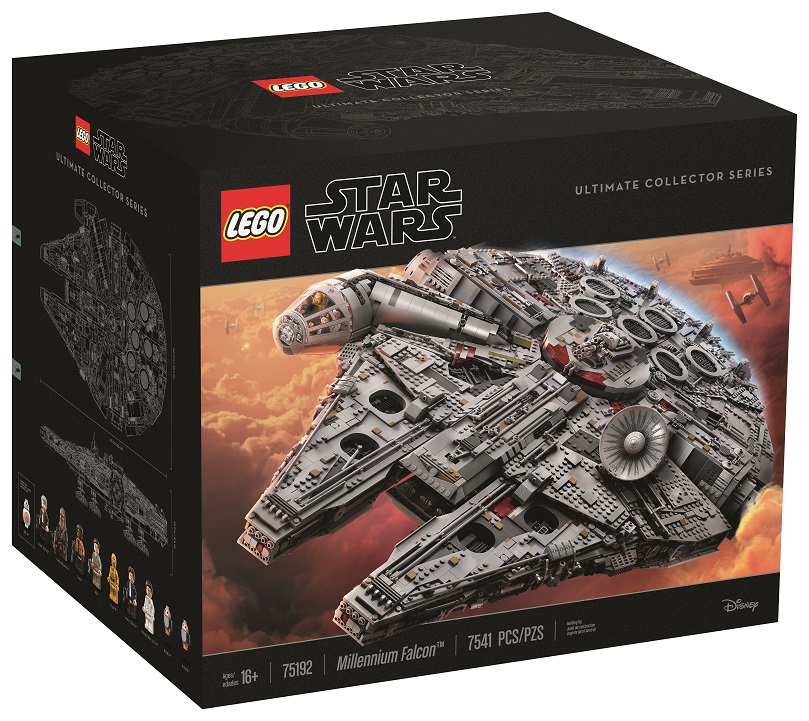 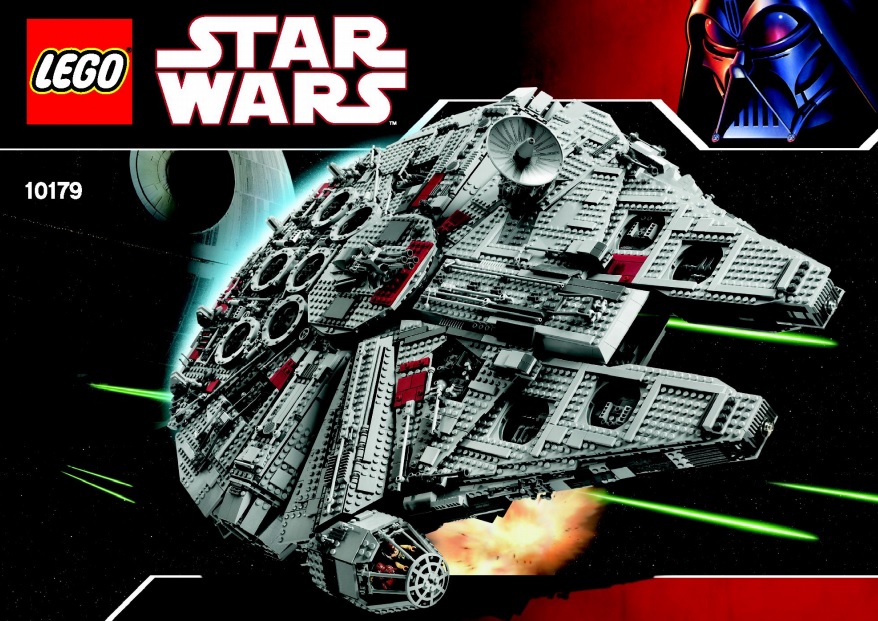 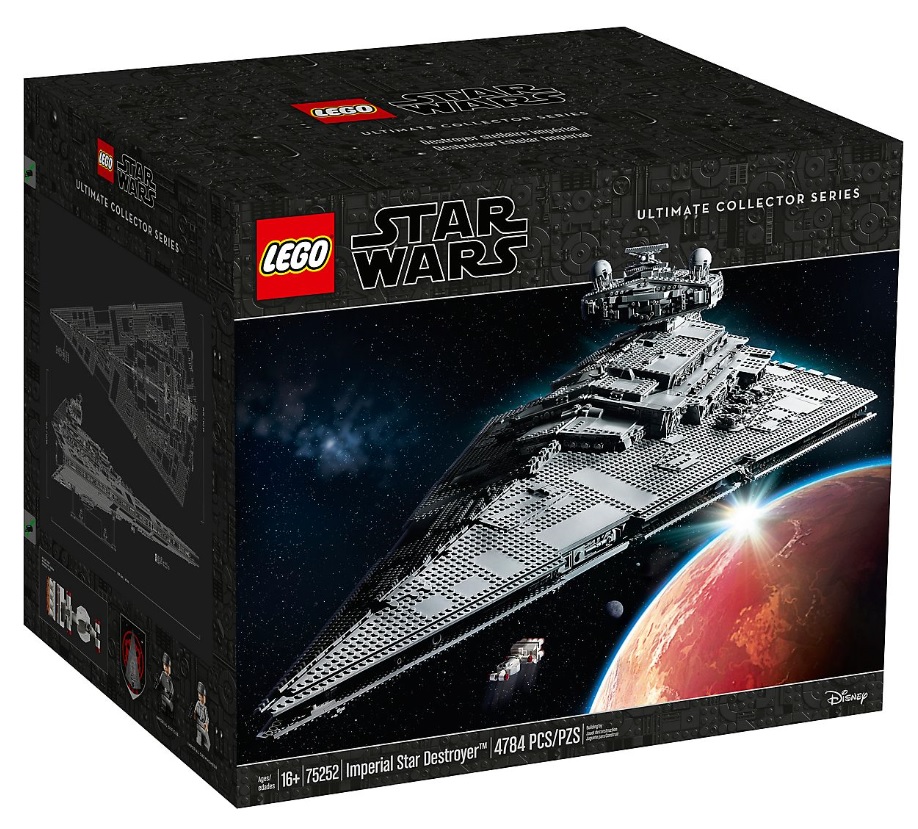 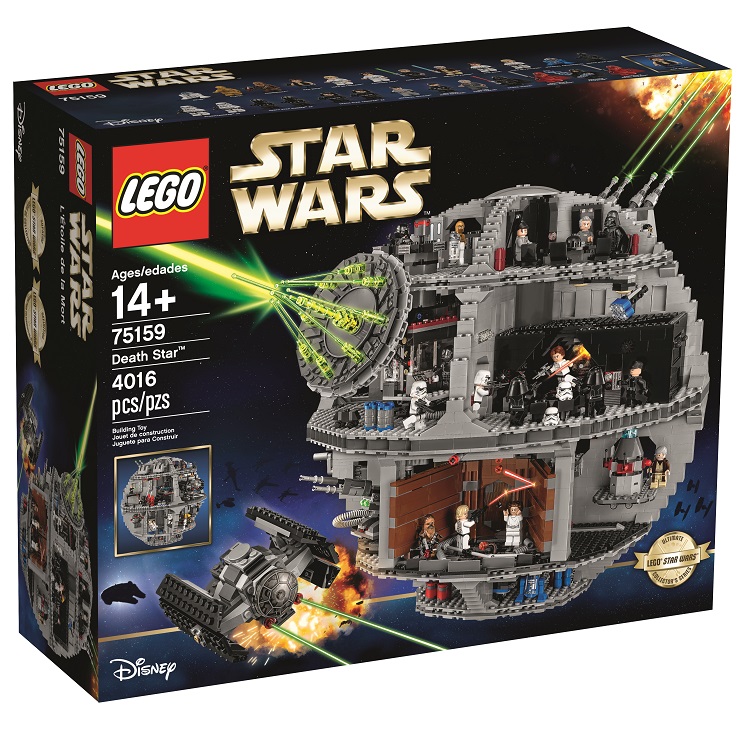 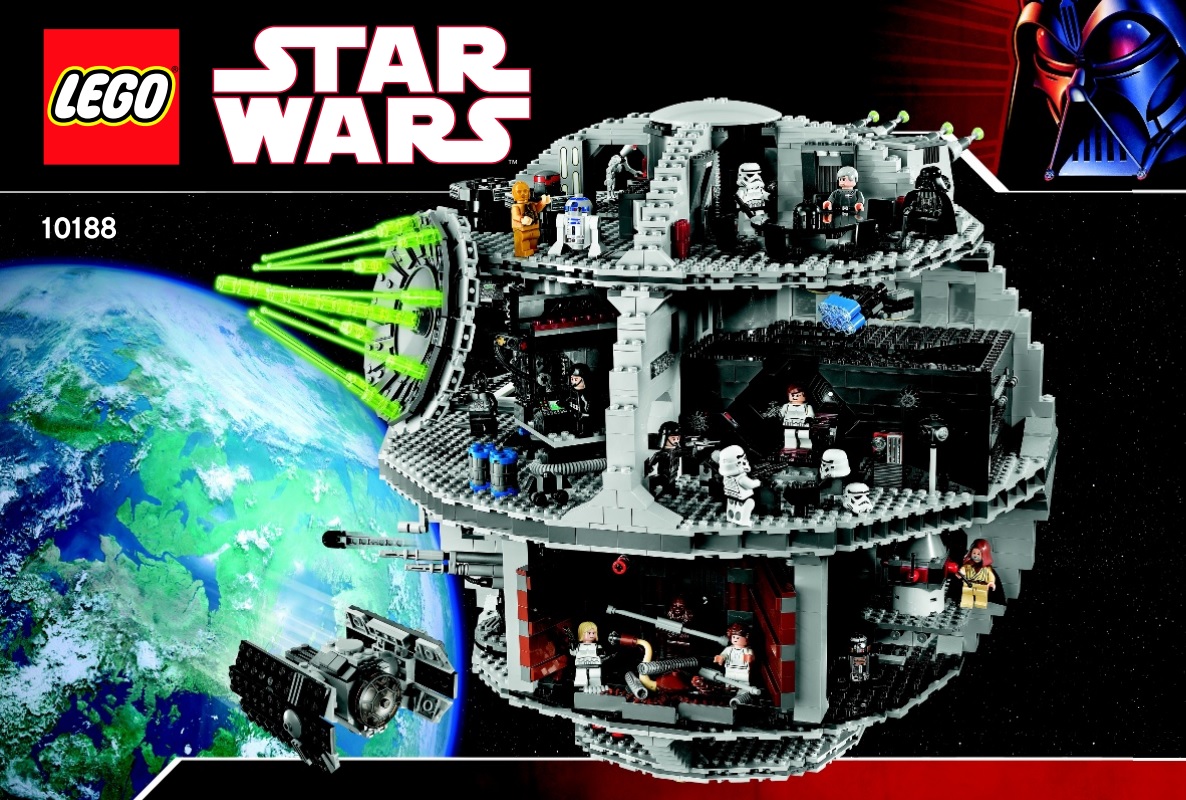 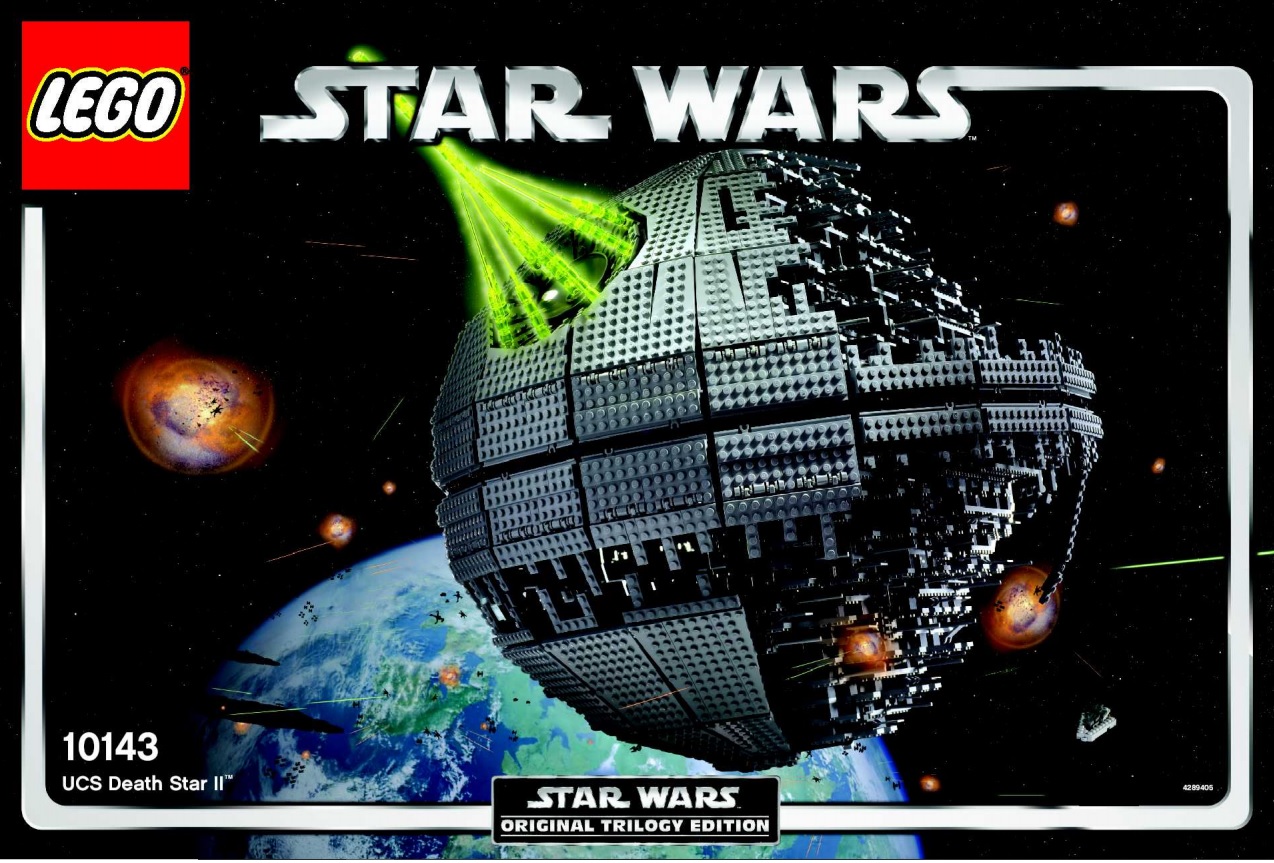 LEGO Star Wars 75059 Sandcrawler UCS includes over 3000 pieces and 7 minifigures. There are quite a few droid minifigures included in this set. You can recreate Star Wars Episode IV A New Hope scenes with this LEGO set. The 2014 LEGO UCS Sandcrawler includes 8 tracks with steering functionality. You can open the sandcrawler through the side flaps, lowering the front ramp and more. There is also an interior filled with details like storage bay and engine bay. 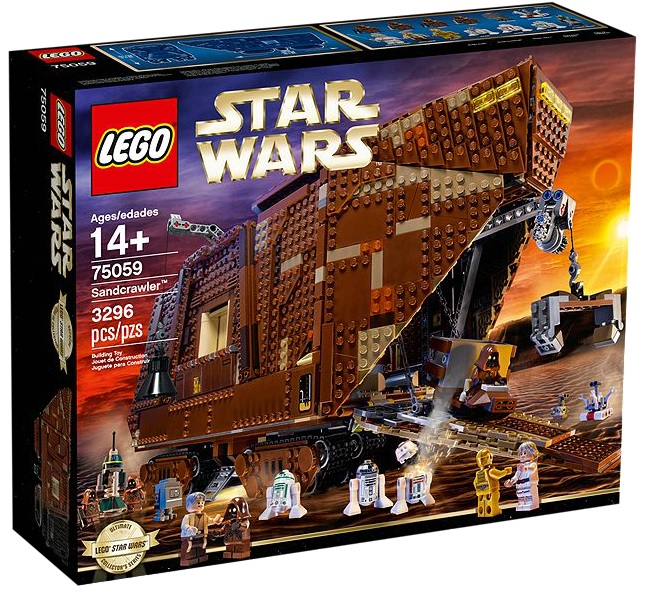 The 2020 LEGO Star Wars 75290 Mos Eisley Cantina features favorite scenes from the Star Wars Episode 4 A New Hope movie. A LEGO Star Wars V-35 Landspeeder and a LEGO Dewback is included in the this Tatooine set. You can open up the cantina to see the detailed interior like the bar and areas where bounty hunters and smugglers can conduct deals.The Mos Eisley Cantina UCS measures over7.5 inches high, 20.5 inches wide and 23 inches deep. 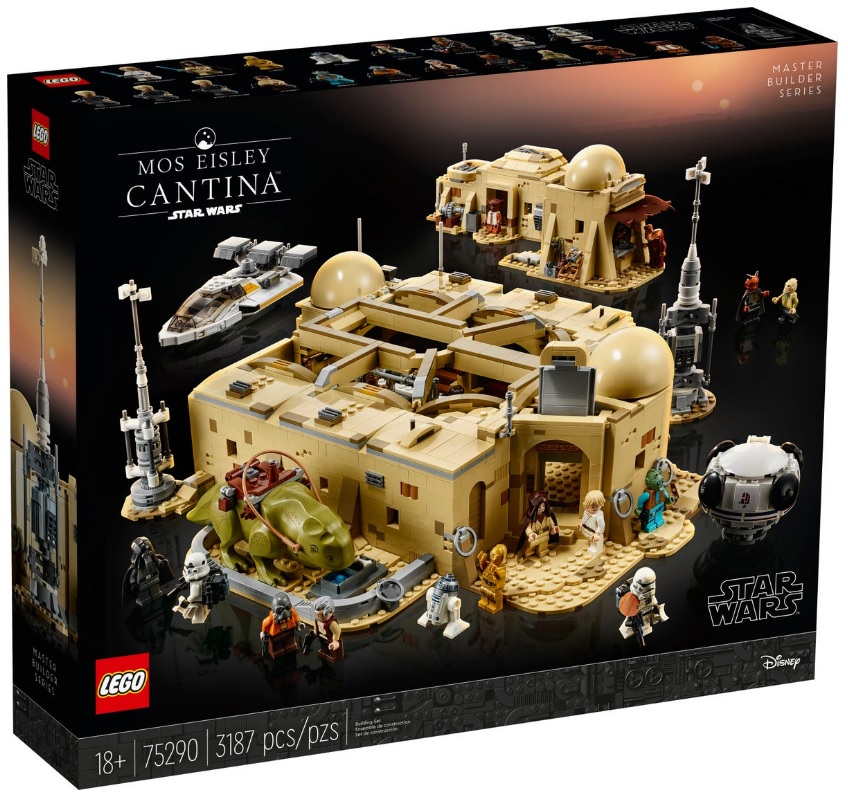 The 2011 LEGO Star Wars 10221 Super Star Destroyer Executor is one of the biggest and strongest ships in Star Wars. It is Darth Vader’s personal flagship. LEGO Star Wars 10221 Super Star Destroyer minifigures include Darth Vader, Admiral Piett, Dengar, Bossk and IG-88. The set measures 50 inches long and weighs almost 8 pounds. A display stand along with info plaque is included with the set. 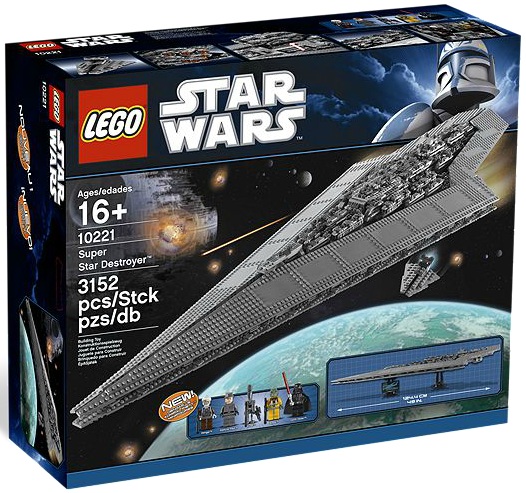 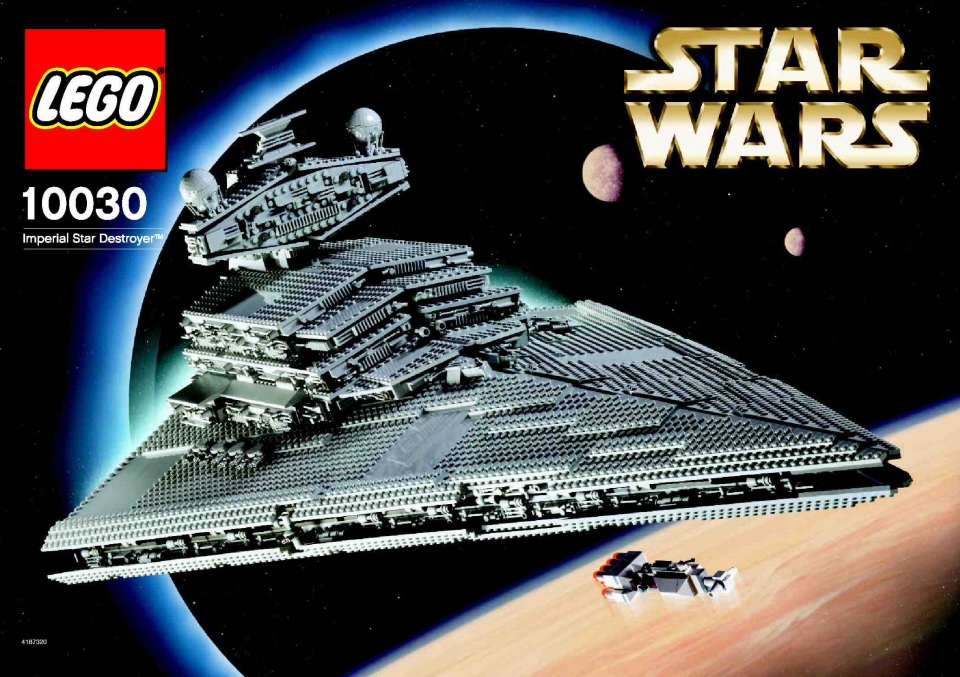 Thanks for reading and for your continued support in Toys N Bricks. Be sure to subscribe to Toysnbricks for free by email. Until next time! (: