The 2015 New York Toy Fair has come and gone and I figured it would be a good idea to link to all the news in one place for anything anyone may have missed. 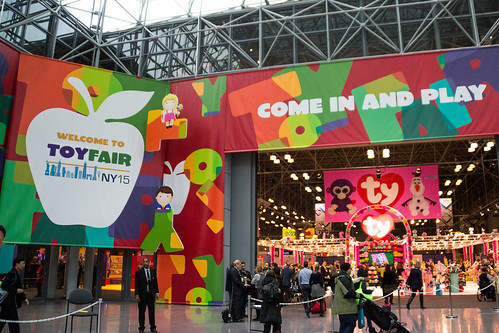 All in all, I think it was a successful first time for Toys N Bricks but I definitely learned a lot about how to make the most of it and have a good long punch-list of things to remember for next year, particularly the fact that most large exhibitors require scheduling of appointments ahead of time, before the exhibition.

For anything anyone might have missed, here are links to all the coverage articles I posted over the past week, broken out into appropriate sub-categories:

The original themes covered in the LEGO booth included Elves, Mixels, Creator, Friends, and City. Unfortunately I ran out of time to cover Ultra Agents, Binonicle, NinjaGo, or Legends of Chima.

In the clone/other category, I had the chance to check out forthcoming offerings from McFarlane Building Sets including a review of one “The Walking Dead” Collectible Figure.

Hasbro had new products in the Kre-O range including the Kreon Battlechanger line and Kreon Warriors collectible figures – of which I received two two to review.

I also got a chance to check out Pinblock, a new building system currently running a KickStarter campaign. I also posted a few pictures of creations I built thanks to some samples they were giving out.