Its the 25th anniversary of the very first release of LEGO’s first video game. There will be LEGO Bits N Bricks Podcast as well! See below for the full press release. 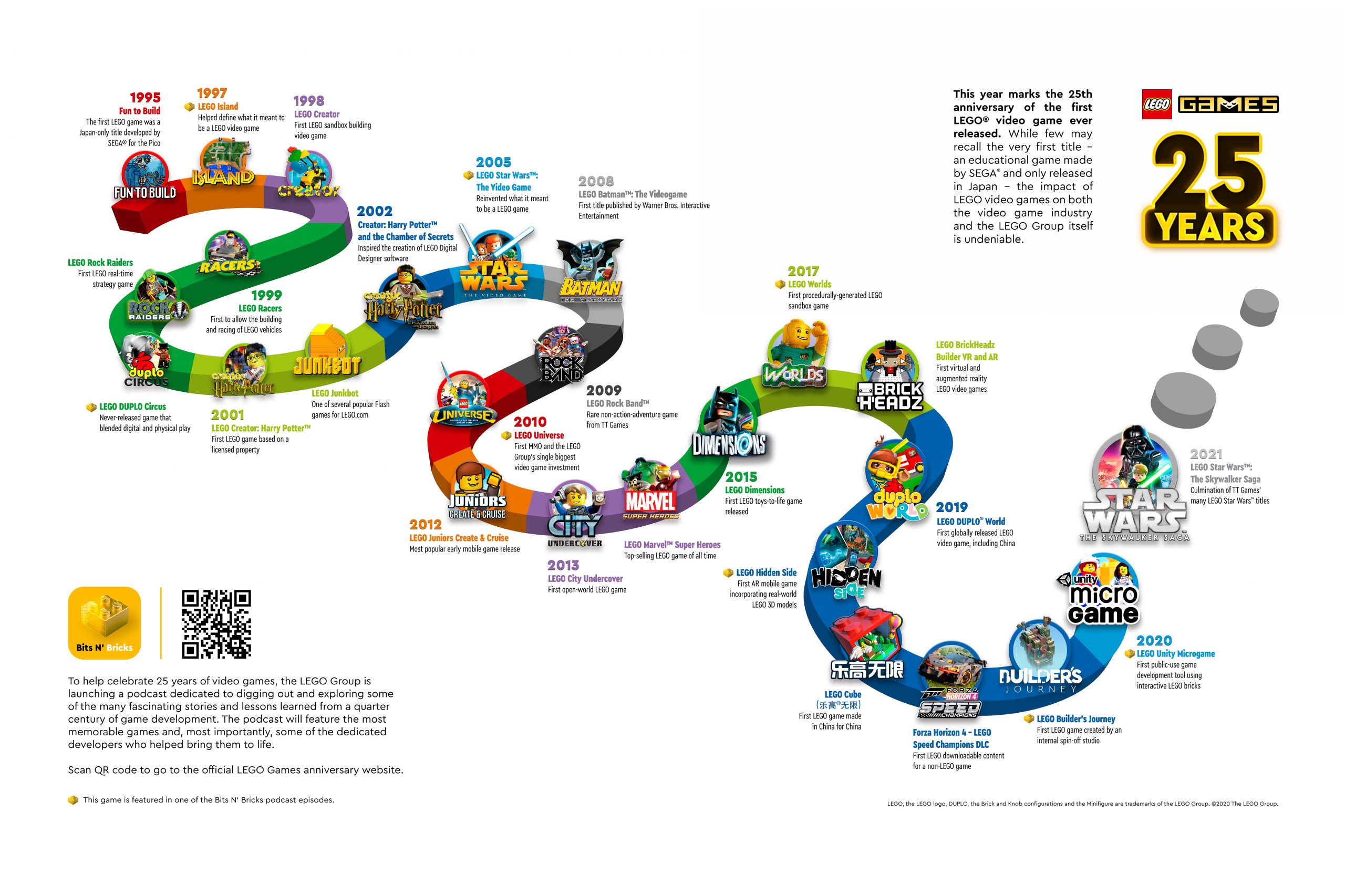 Billund, December 2nd 2020 – This month sees the 25th anniversary of the release of the LEGO Group’s first ever video game and marks a quarter of a century of digital innovation. From the small-scale release of a SEGA Educational game, LEGO Fun to Build, in Japan December 1995 to global blockbuster titles LEGO® Harry Potter™: Years 1-4 or LEGO® Star Wars™: The Complete Saga, the last 25 years has seen the iconic LEGO System in Play come to life digitally in over 80 commercial games and bring creative play to gaming fans all over the world.

The company’s video games development team started life as ‘Project Darwin’, a small team led by artist Dent-de-Lion Du Midi who travelled to the LEGO Group’s headquarters in the mid-1990s to convince then CEO, Kjeld Kirk Kristiansen, to let the team experiment with digitizing the brick. The team showed Kjeld what some have described as the first ever LEGO Movie – a short film they had spent a year producing in the run up to the meeting. Since the team’s inception, the LEGO Group has developed over 80 games and sold over 200 million games globally to bring creative digital play experiences to families globally.

“Over a quarter of a century after the launch of the team’s first video game, the LEGO brick and LEGO System in Play continues to provide the ultimate creative medium for gaming fans of all ages.” says Ronny Scherer, Senior Director of LEGO Games. “It offers builders and game developers unlimited opportunities to create, play and develop in a way that is continually evolving to provide new, exciting play and gaming experiences and that can help introduce new gamers to digital play. We are proud to have long embraced the digitalization of the LEGO brick both through products and gaming to extend the enjoyment of LEGO play across both the real and the digital worlds, opening up new playgrounds for all.”

The Top 5 best-selling LEGO games over the 25-years (in no particular order):

To celebrate the anniversary, a new podcast series, ‘Bits N’ Bricks, hosted by journalist Brian Crecente and documentarian Ethan Vincent launches [today/2nd December] with a teaser episode ahead of a full episode the following week. The series delves into the LEGO Group’s long, rich history in digital play and video games and explore the many facets of LEGO gaming, from unreleased projects to beloved masterpieces.

The podcasts will examine digital play innovations at the LEGO Group more broadly as well as a number of specific titles and themes. These include a previously undiscussed project with Mojang on a LEGO Minecraft title, early efforts to fuse the physical and digital into a singular play experience, a deep dive into the creation of the unheralded LEGO Island – a Mindscape developed action-adventure game that was the company’s first globally available game, and an intriguing series of conversations with LEGO Group leaders about the future of digital play.

Spending more than a year investigating the history of LEGO video games, Crecente and Vincent researched more than 275 people involved in the creation of more than 50 of the games and conducted more than 100 interviews. 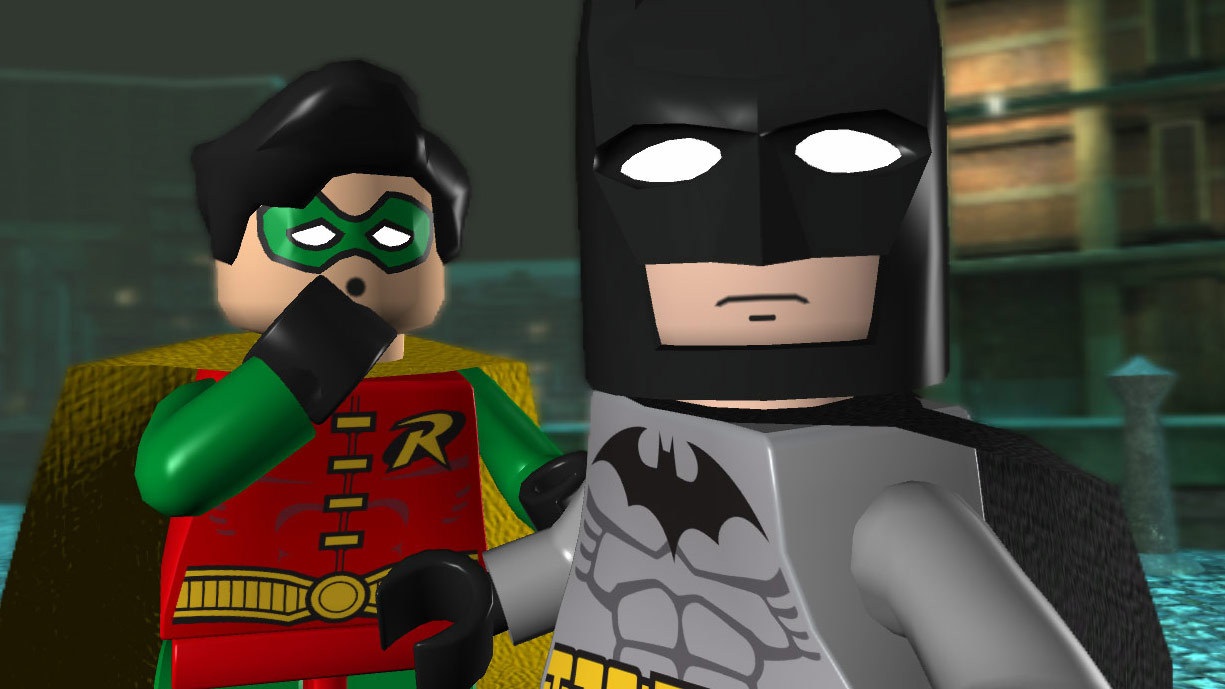 The Bits N’ Bricks podcast kicks off on December 2 with a teaser episode, followed by an episode dedicated to the meetings Minecraft creator Mojang held with the LEGO Group in an effort to craft a new sandbox, open-world game.

The season will see a new episode release weekly, concluding with a special show featuring conversations with the LEGO Group’s current leadership about the evolution, opportunities, and innovation involved in digital play.

Each episode will be available on the LEGO Group website, as well as on all popular podcast platforms for free. The full schedule can be found below.

The 25th anniversary will also see the launch of a webpage dedicated to the Bits N’ Bricks podcast, as well as a packed infographic timeline that illustrates some of the key moments in the LEGO Group’s quarter-of-a-century history in digital play and gaming. 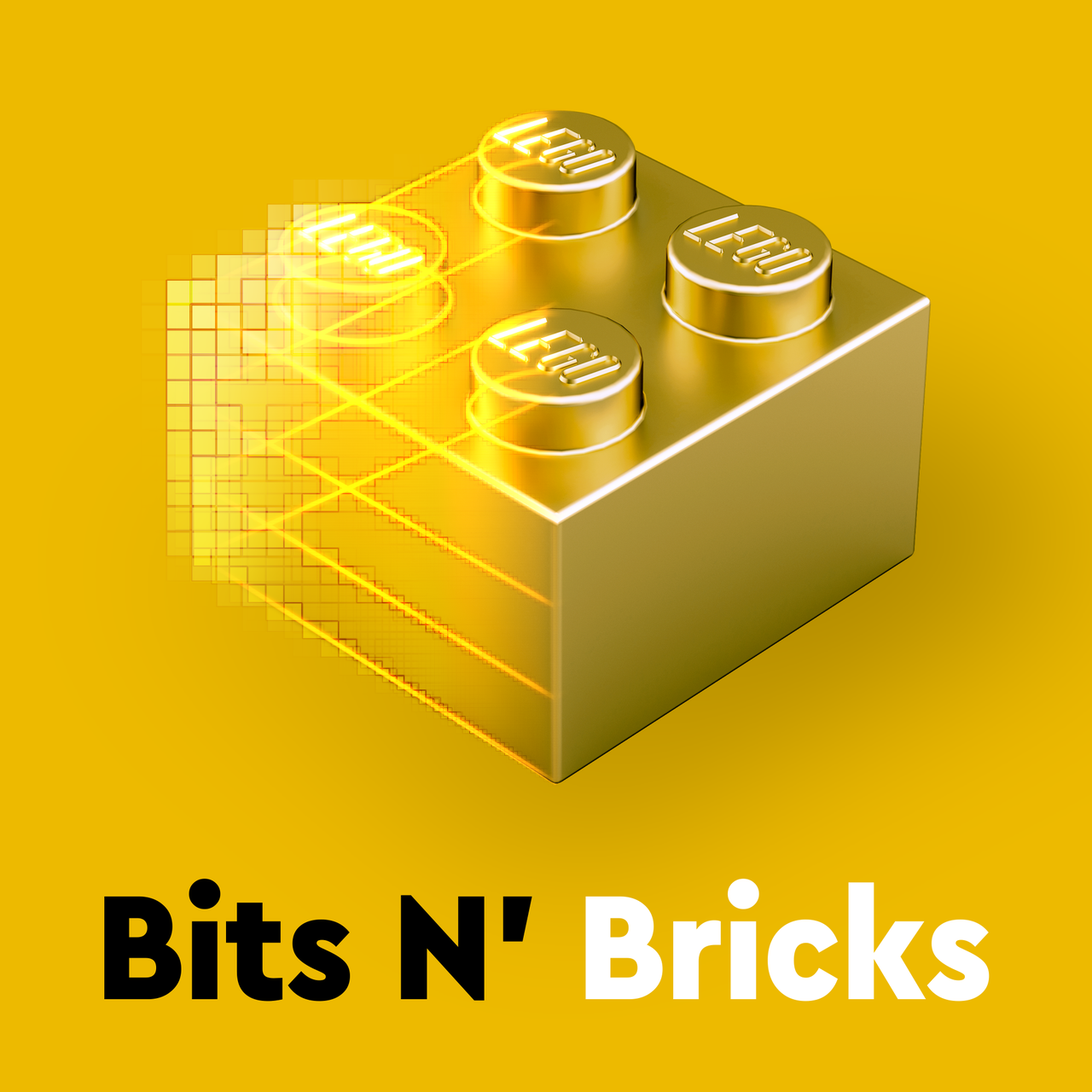