The latest LEGO Ideas Project Creation to achieve 10 000 supporters is LEGO Bangladesh National Parliament by JandJLEGO. Congrats! Your project creation would now be headed to the LEGO Ideas Review Stage where it would be evaluated to potentially become the next official LEGO Ideas set.

Louis I. Kahn is renowned as one of the greatest architects of the 20th Century, and a master of the Brutalism style.

The Bangladesh National Parliament building was one of his final great achievements. Construction began in 1961, was halted during the 1971 Bangladesh Liberation War, and finally completed in 1982, after his death.

He wished to represent Bangladeshi culture and heritage in this building. Its exterior has a monumental yet simple feel. Its walls reveal surprising geometric shapes that allow for a complex interplay of light inside. The artificial lake, from which the building appears to rise, recalls the riverine beauty of Bangladesh.

Bangladeshis feel very deeply about this building. To them, it is more than a parliament house; it is a symbol of stability, dignity, and greatness.

I am certain that most Bangladeshis at home and abroad will be inspired to see their monument in LEGO. Moreover, I believe that any lovers of Louis Kahn and modern architecture will enjoy having this iconic building as part of their LEGO collections. 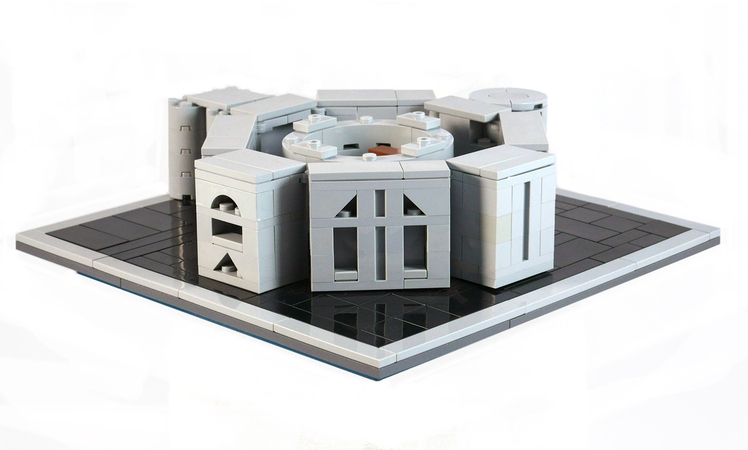