The latest LEGO Ideas Project Creation to achieve 10 000 supporters is The Mountain Windmill by Hanwasyellowfirst. Congrats! Your project creation would now be headed to the LEGO Reviews stage where it would be evaluated to potentially become the next official LEGO Ideas product.

High in the Boratis Mountains, built between the two tallest peaks, stands the windmill. How the windmill came to be there, its purpose, and who inhabited it (if anyone) were all unknown – or long forgotten.

One day, far below in the Valley of Gales, a young villager happens upon a lost map which reveals a hidden path up the mountain. He sets out with one goal… to unravel the mystery of the windmill on the mountains…

Here is my new LEGO Ideas project: The Mountain Windmill.

This is an original idea I have been working on, I hope you like it!

The build uses 2031 pieces and comes with 2 minifigures; The Miller and the Village Boy. 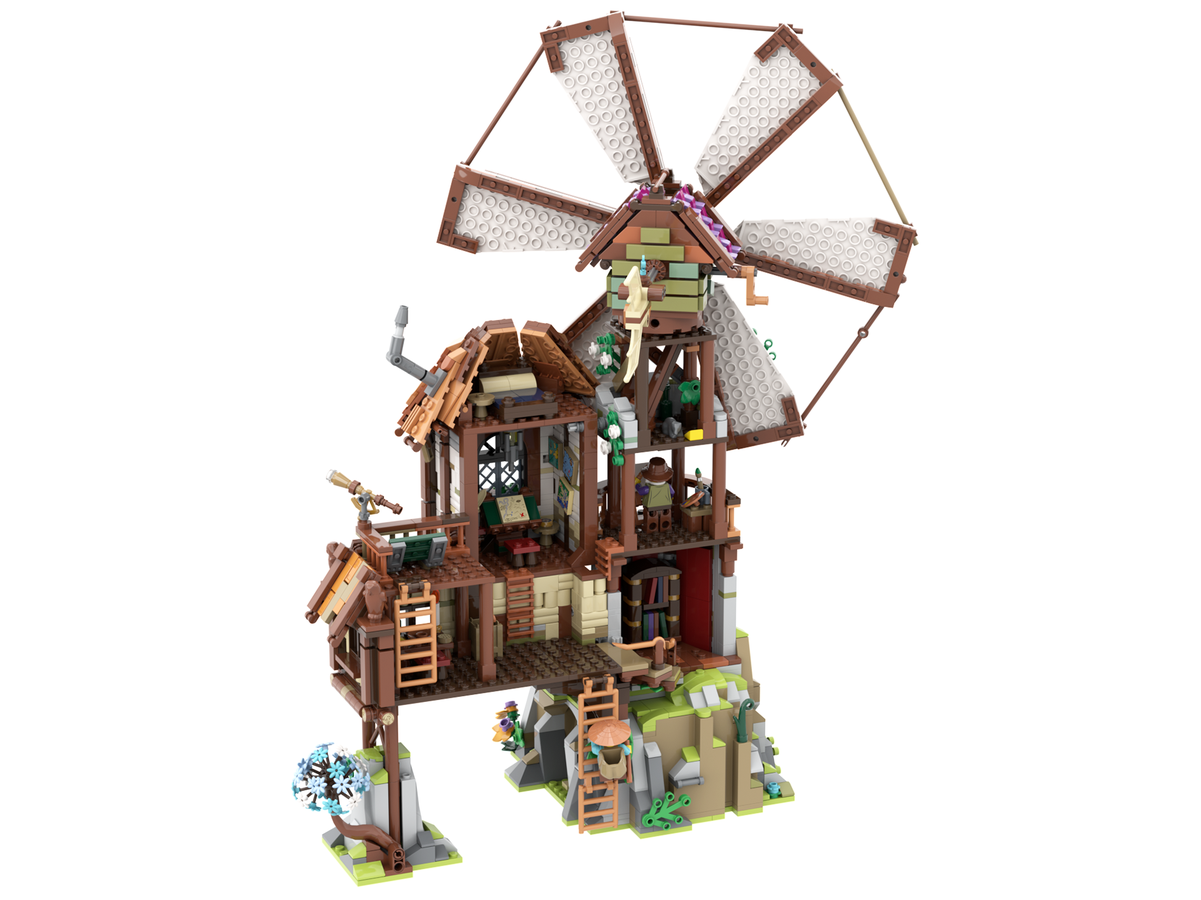