The Idea
In the year 793 Vikings raided the monastery of Lindisfarne on the eastern shore of England and thus ushered in the so called “Viking Age“. In the following centuries, both the Kingdom of England and the Kingdom of France were no match for the Vikings’ superior naval combat tactics and thus were unable to effectively fend off the fierce intruders from Scandinavia. Finally, in 1016 the Viking chieftain Cnut the Great defeated the King of England and crowned himself King of England, Denmark and Norway.
Over 10 years ago LEGO already tried to release Viking themed sets. With the success of the Pirate revival through Barracuda Bay it is now time to also revive the Viking series. However, whilst the original LEGO Vikings were heavily inspired by Norse mythology and fantasy themes, the Viking Village I created is more grounded and rooted in actual history.
The Build
The Village consists of 5 major structures:
All roofs are easily removeable!
The set comes with 3 minifgures:
The build consists of roughly 2100 pieces. 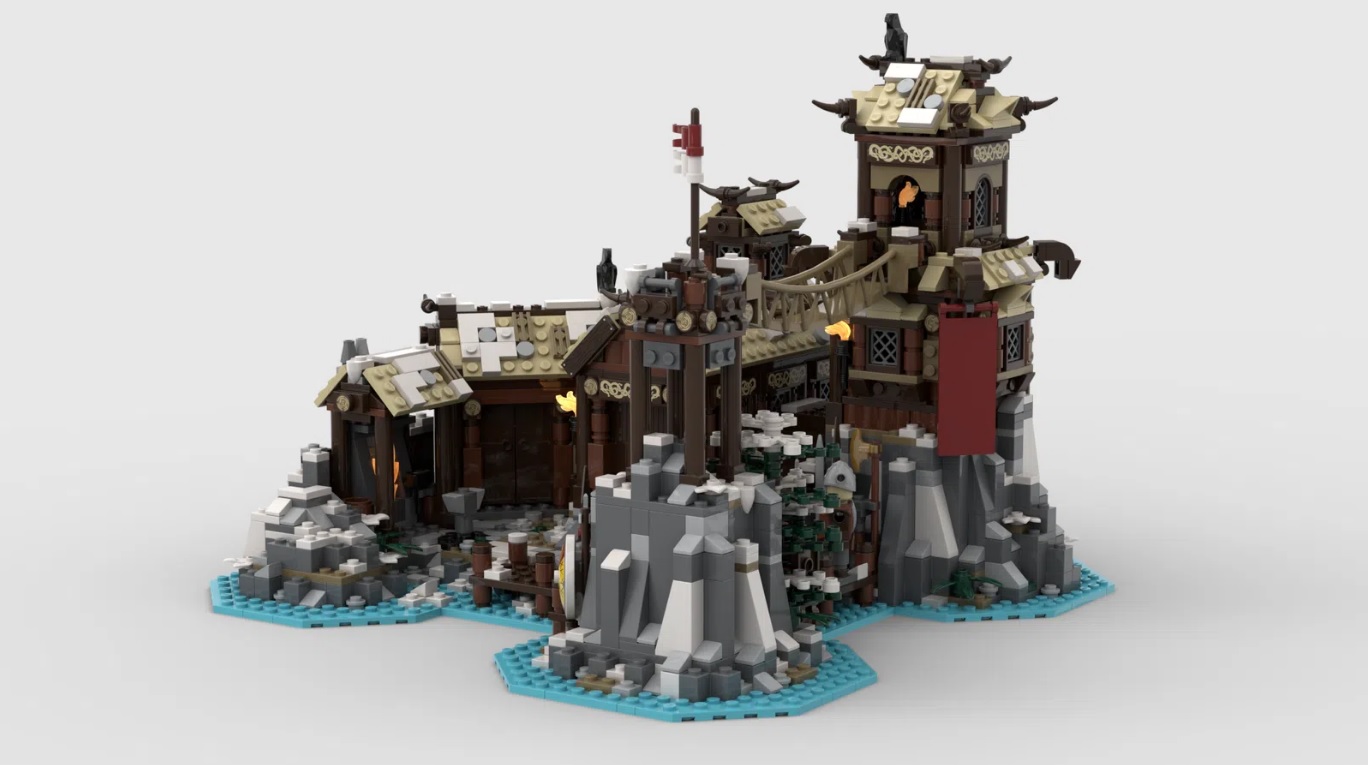