This week, there are 5 project creations that have 9000-9999 supporters. Leading the way is LEGO Ideas Coraline’s Pink Palace Apartments by Hwachtman with 9878 supporters. 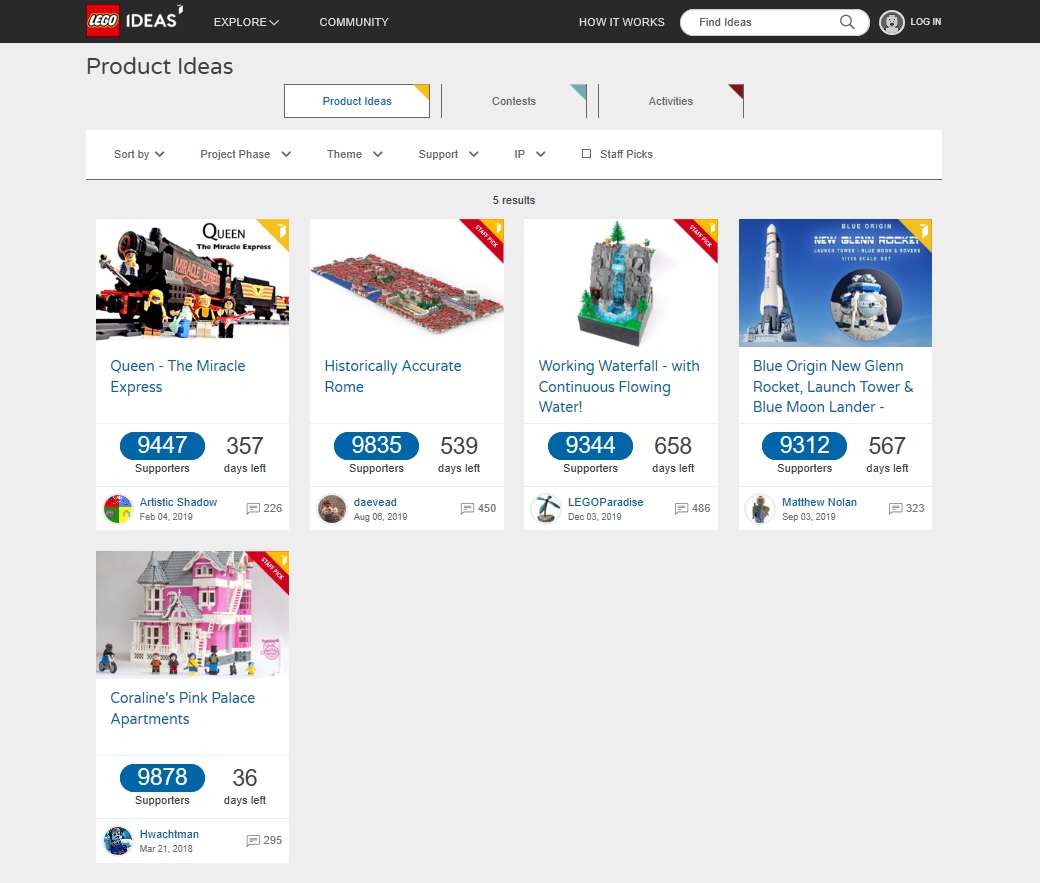