A Star Wars 2014 winter list with set numbers and names have surfaced on Flickr from David Hall. According to the list, 19 sets will be released which is a lot more than what LEGO usually makes in the Winter/January wave. Again, note that nothing is set in stone yet as these are just rumors.

A new line known as “Recruitment” will replace the current LEGO Star Wars Planet Line. These will contain mini scaled sets with 1 minifigure. Seems like there’s nothing too different from the existing planet sets other than the fact that they’re now taking out the planets. For the regular building sets, the list mentions that they will primarily be based on Episode 3 Revenge of the Sith. Thanks to forum member Morgan19 for the news. 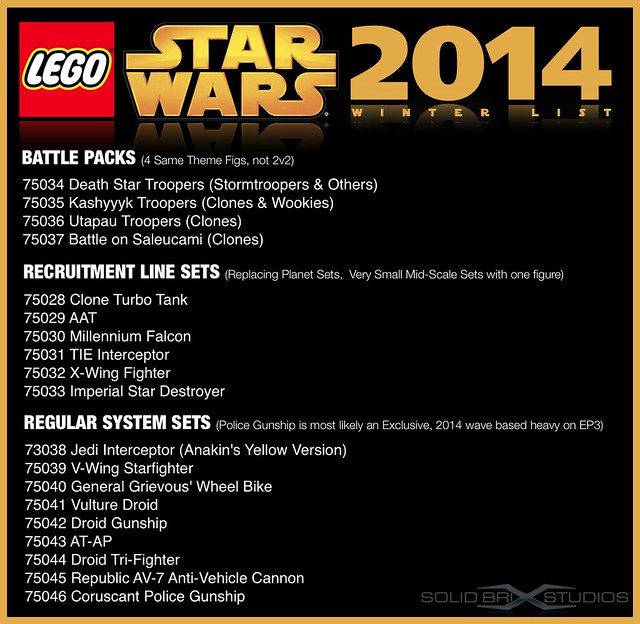