Simone Giertz has unveiled a Robot-Powered Dog Selfie Booth with LEGO MINDSTORMS! See below for the full press release.

Designed to celebrate the creative building and coding possibilities that the new LEGO® MINDSTORMS® Robot Inventor offers inventors and creators, the booth was specially designed by Simone Giertz for her beloved puppy, Scraps. By pressing her paw on a panel that is placed on the floor of the booth, Scraps can trigger a camera that snaps a quick photo, while simultaneously rewarding her by dispensing a treat – with the process powered entirely by elements, motors and sensors from the new LEGO® MINDSTORMS® Robot Inventor set.

Simone is best known for her hilarious robot creations that offer an automated helping hand for everyday tasks. From a robot that feeds you soup, a machine that chops vegetables, to a drone that cuts hair, Simone’s ingenious inventions never fail to impress and amuse her fans.

For the aspiring creator who’s inspired by Simone’s creativity, the new LEGO MINDSTORMS Robot Inventor offers a fun, exciting way to build coding confidence. It’s possible to create and code one of five personality-packed robots or dream-up your own inventions like Simone has. With nearly 8 in 10 parents saying that children who know how to code will have more success in the future (1), and 7 in 10 children saying they wish they could play with robots more (2), the new LEGO MINDSTORMS provides the ultimate playful learning experience for those aged 10+.

“‘Build something cool with the LEGO MINDSTORMS Robot Inventor set’ is both one of the most fun and trickiest briefs I’ve ever received. So. Many. Possibilities…” said Simone. “So, I turned to my three-legged dog and advisor Scraps. She’s always with me in the workshop, and my camera roll is pretty much exclusively photos of her. But I still want more dog photos, especially during 2020. So what if I cut out the middle-man and found a way for her to take photos of herself instead? And that’s how I came up with the dog selfie booth. I think it might be the first one in the world? I’ve seen photo booths for dogs out there, but not one where it’s the dogs taking photos themselves.”

Lena Dixen, Head of Product and Marketing Development at the LEGO Group, said: “Simone’s puppy-powered creation made us smile so much. LEGO MINDSTORMS is designed to help young inventors raise their coding and building confidence and give them the tools to create anything they can imagine. By showing how creative you can be with the new LEGO MINDSTORMS Robot Inventor set, we aim to inspire kids to design and build their own models and inventions that can walk, think and do even more than ever before”. 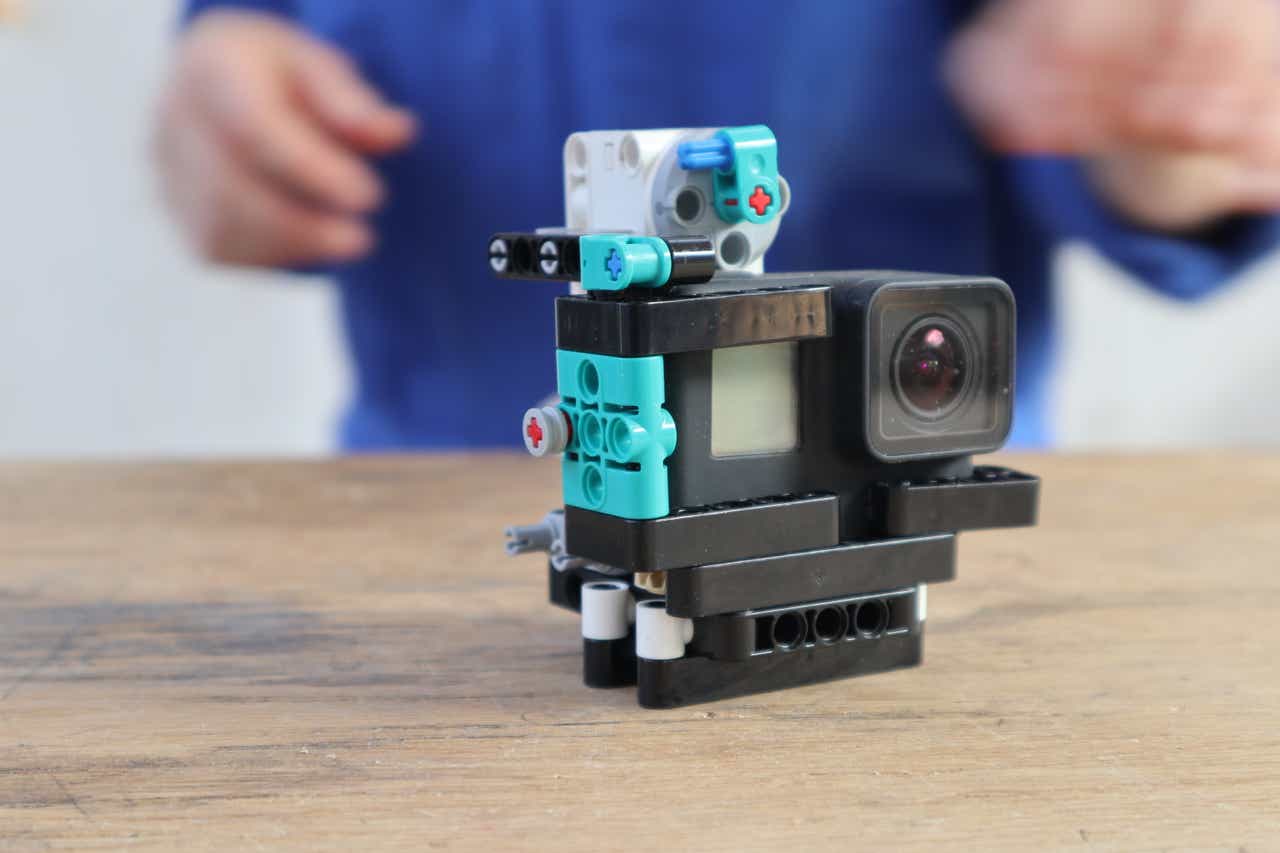