This set is for the US version of “The Office” which aired on NBC from 2005 to 2013 starring Steve Carell.  It is one of the most popular shows in the world, with countless new fans joining the fandom every year from all around the world!
The Office is my favorite TV show, I’ve lost count of how many times I’ve rewatched it. I have all the bobbleheads, so many T-shirts, I’ve been a huge fan for years!  I love it so much that back in 2014 I created the very first ‘Lego The Office’ set to hit 10k supporters here on LEGO Ideas.  I came up with so many jokes and Easter eggs I knew would delight other fans.  Unfortunately it wasn’t chosen but I never gave up.  Last year I submitted a new and improved design, which hit 10k supporters in 2 months!  That design wasn’t approved but I spent months tweaking my design.  They say third time’s the charm right?
I have been so lucky to have the support of several of the cast, crew and the fans in the past, I am hoping everyone will support the new design this time as well!
My new design is smaller, aligning to the sizes of other LEGO Ideas sets.  With less than 2,000 parts, this is my sturdiest design yet!  The set is comprised of Michael’s office, the Conference room and the sales area.
Below is a list of features and potential characters that would appear in the set.
Characters 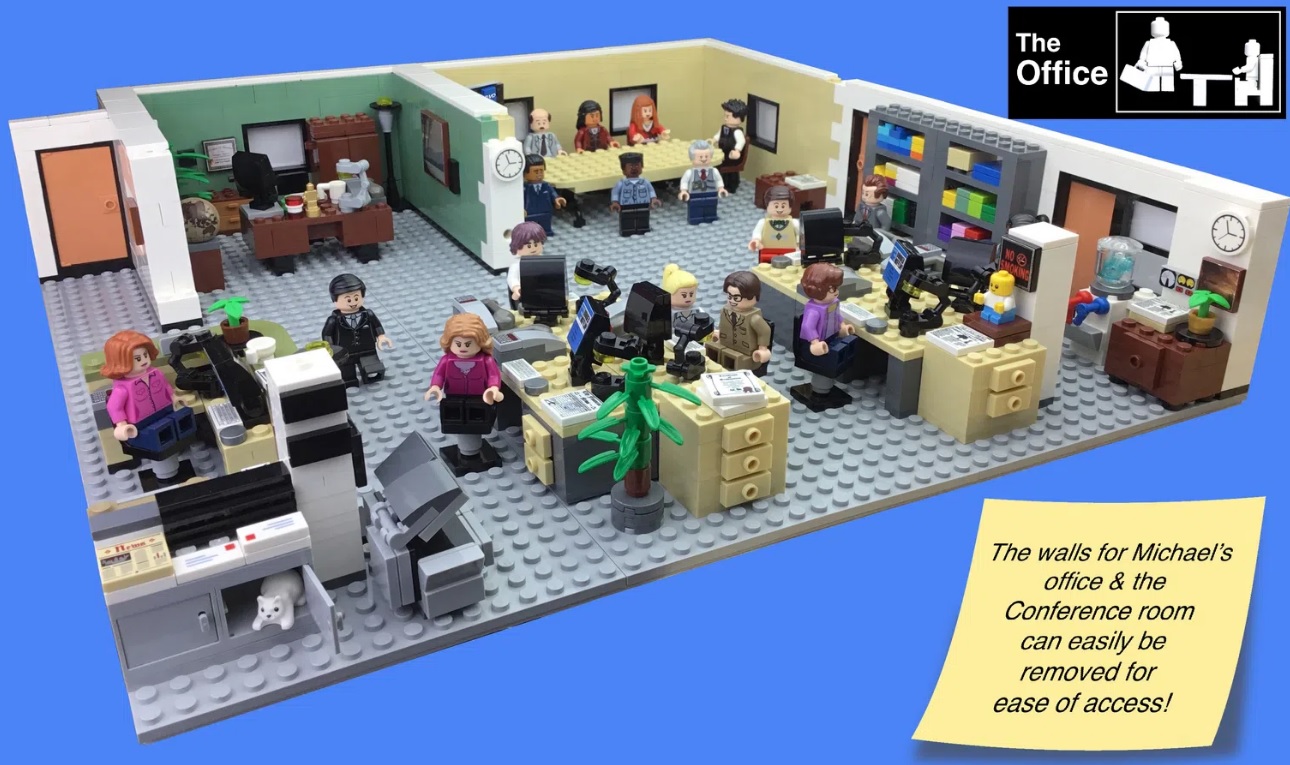