The LEGO Instructions Building App along with LEGO.com has revealed another LEGO San Diego Comic Con Exclusive set. The set is known as LEGO Marvel Super Heroes 77905 Taskmaster’s Ambush. Contains 230 pieces and is recommended for those aged 7+. There are three minifigures including Black Widow, Taskmaster and Red Guardian.

It is expected to be only available in the United States like SDCC Exclusive 77906 Wonder Woman. The set should be available for purchase in the coming months.

Recreate Marvel movie action with this eye-catching display model featuring Black Widow, Taskmaster and Red Guardian. The super villain is causing chaos and destruction in his 6-wheel monster truck. Black Widow launches an attack with her electroshock batons, Taskmaster fights back with his powerful sword, and Red Guardian charges into the battle with his mighty shield. 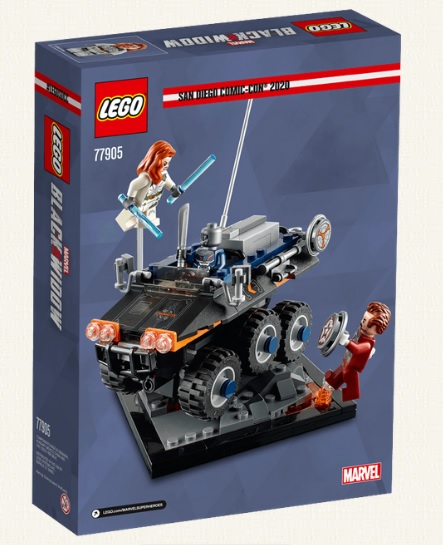